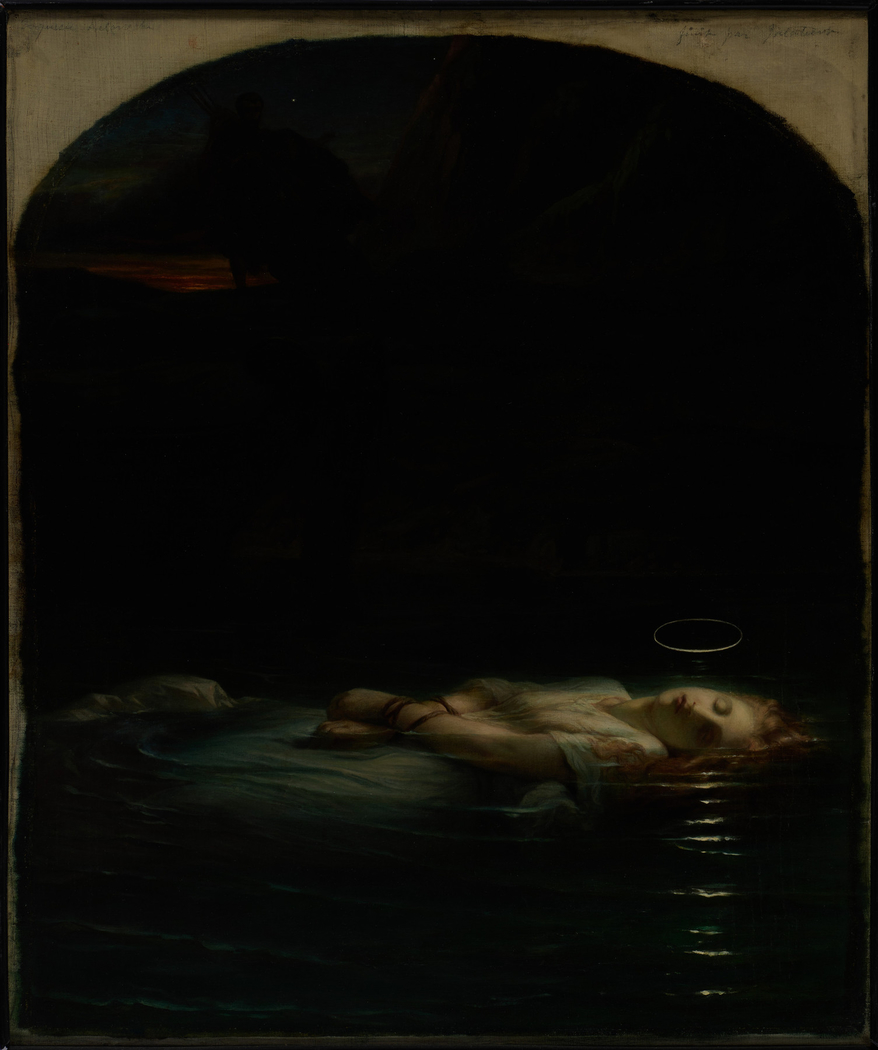 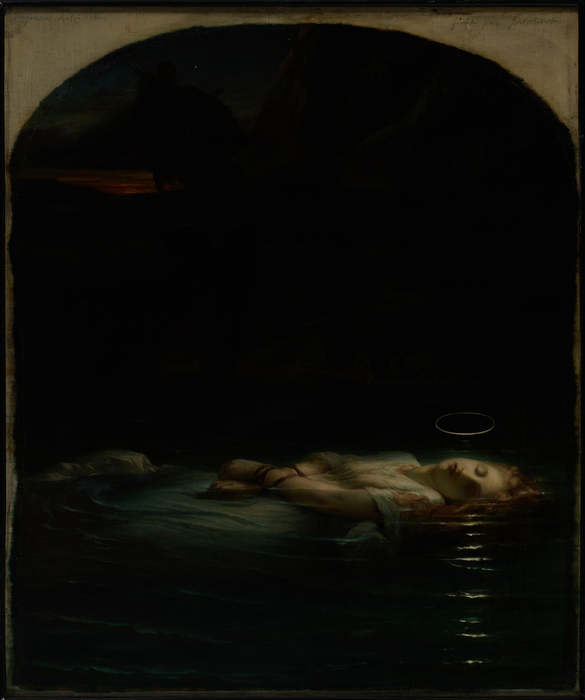 1868
Painting by Charles François Jalabert and Paul Delaroche
Two Romans watch as a girl who has refused to sacrifice to pagan deities is martyred by drowning. This copy of Delaroche's "Christian Martyr Drowned in the Tiber during the Reign of Diocletian" (1853, now in the State Hermitage Museum, St. Petersburg, Russia) was begun by Delaroche but completed by Jalabert, his most devoted pupil. Such collaboration of student with master was a common practice during the 19th century.