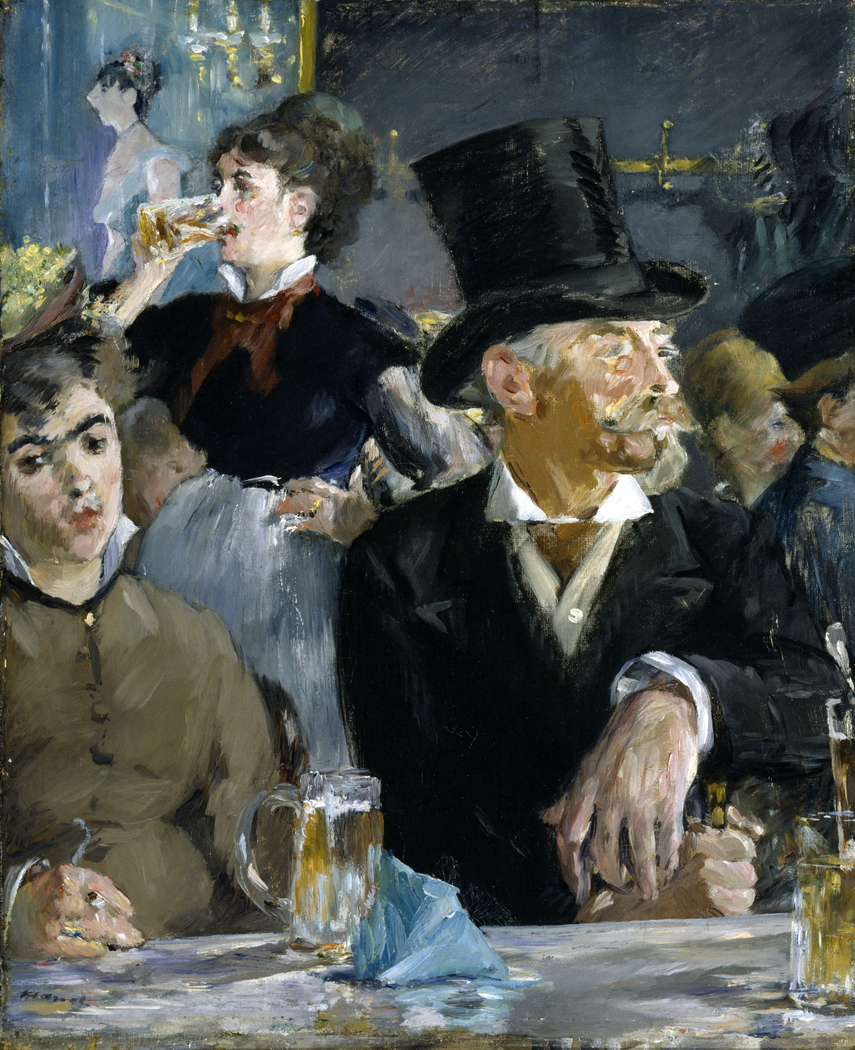 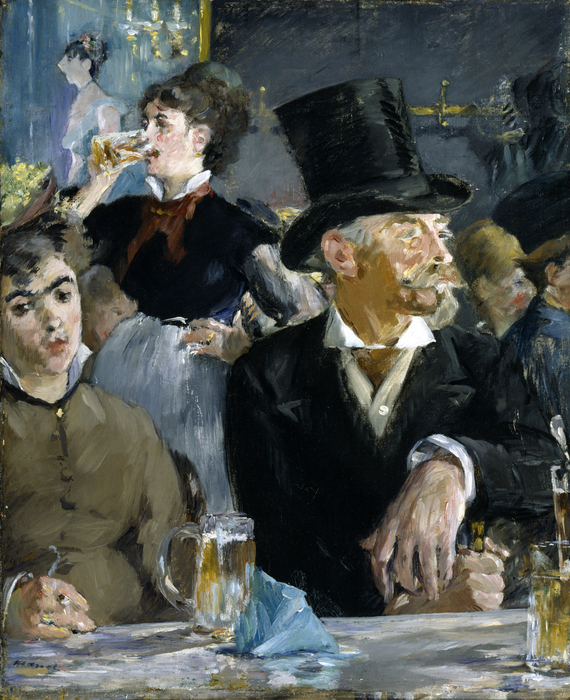 Manet was the quintessential "Painter of Modern Life," a phrase coined by art critic and poet Charles Baudelaire. In 1878-79, he painted a number of scenes set in the Cabaret de Reichshoffen on the Boulevard Rochechouart, where women on the fringes of society freely intermingled with well-heeled gentlemen. Here, Manet captures the kaleidoscopic pleasures of Parisian nightlife. The figures are crowded into the compact space of the canvas, each one seemingly oblivious of the others. When exhibited at La Vie Moderne gallery in 1880, this work was praised by some for its unflinching realism and criticized by others for its apparent crudeness. [source]