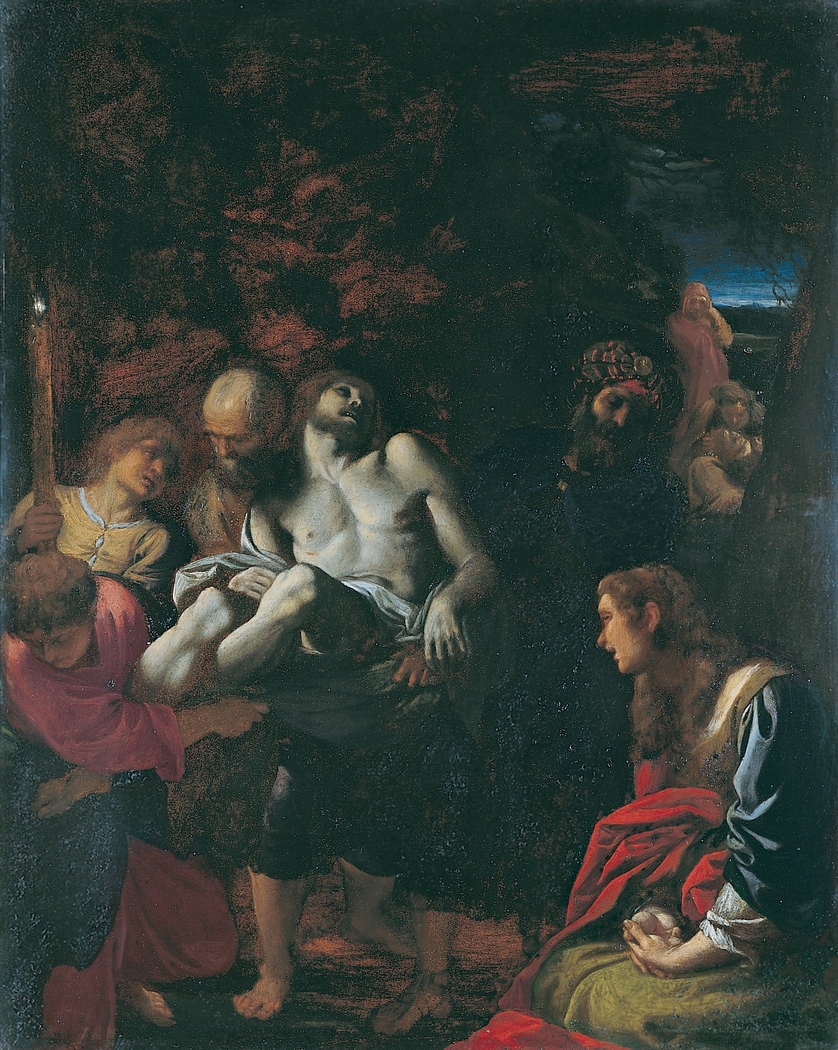 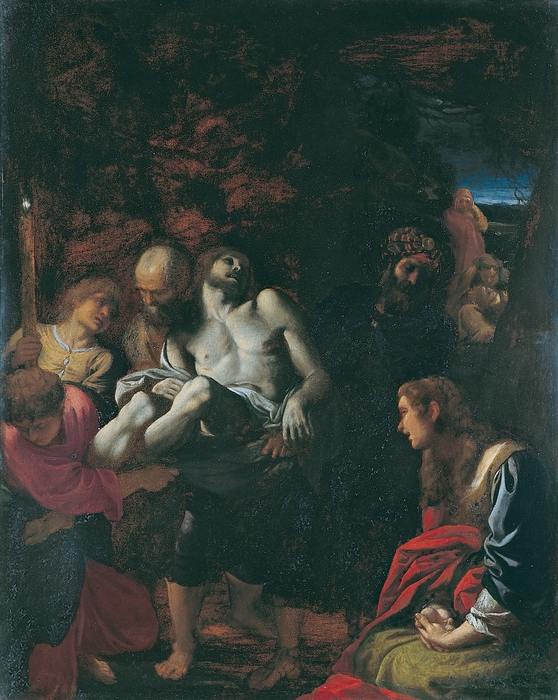 The Burial of Christ

1595
This deeply moving picture was painted for one of Carracci’s patrons, Astorre di Vincenzo Sampieri, a canon of the cathedral of San Pietro in Bologna. Intended as a gift for an important figure in Rome, it was retained by Sampieri, who sent a copy of it by Guido Reni instead. We view the dramatic event from within the burial chamber, the figures lit by torch; through an opening the holy women can be seen against a dawn-lit landscape. The picture was much admired. At least seven copies are known in addition to the one Sampieri sent to Rome. (Source: The Metropolitan Museum of Art)

License:
Courtesy of The Metropolitan Museum of Art
For more:
https://www.metmuseum.org/art/collection/search/438338