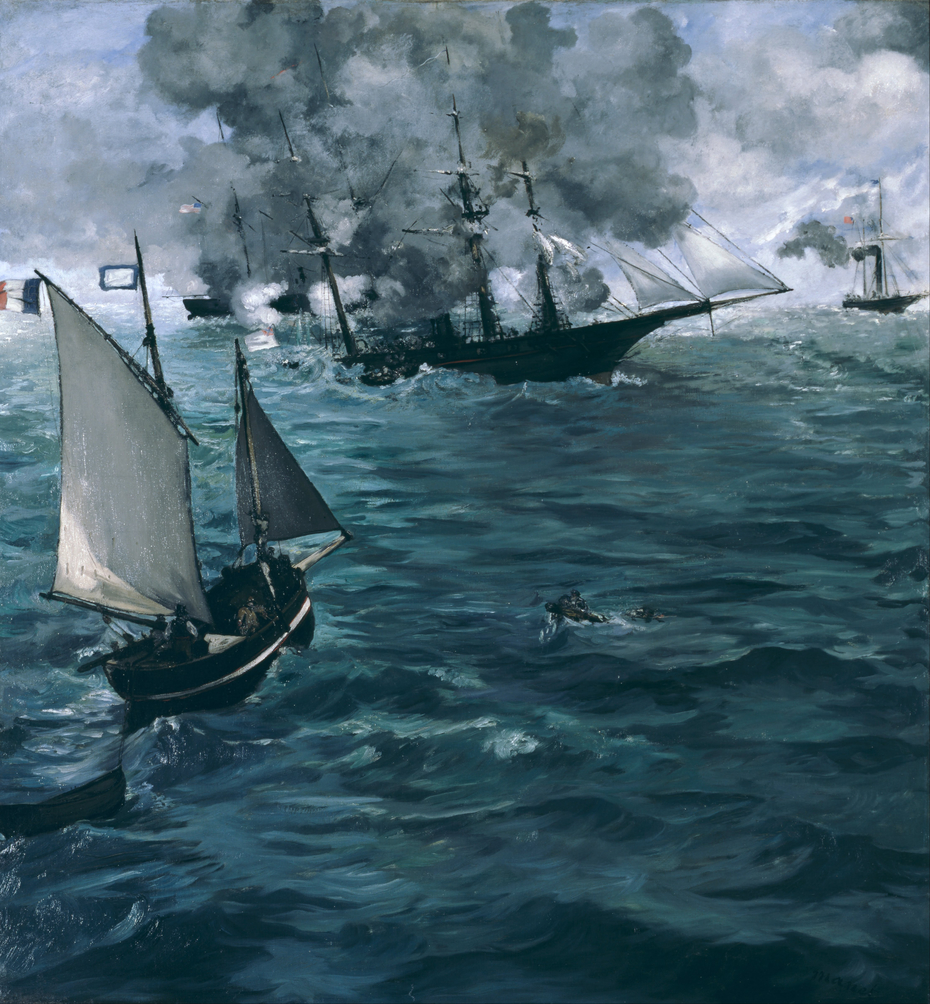 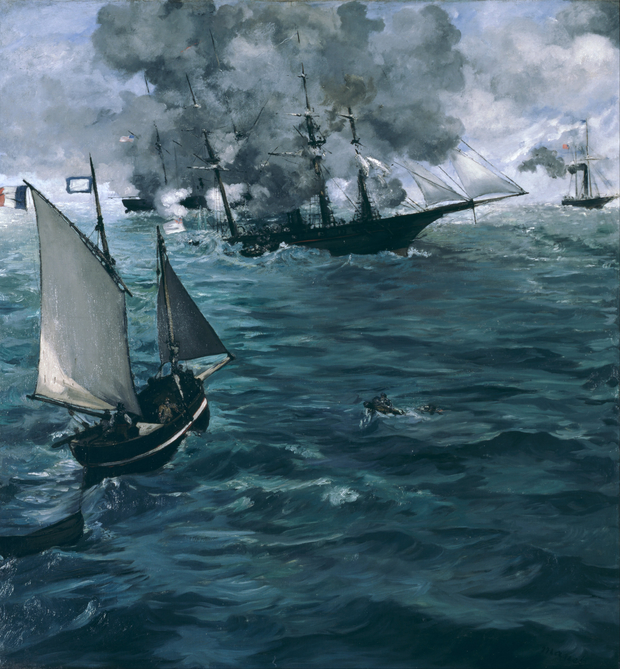 The Battle of the Kearsarge and the Alabama

1865
Manet's first known seascape is an imaginative depiction of an American Civil War naval battle fought off the coast of France, near Cherbourg, on June 19, 1864. In the distance, the C.S.S. Alabama, a scourge of Union shipping, sinks by her stern, clouds of smoke arising from a direct hit to her engines by the U.S.S. Kearsarge, which is mostly obscured from view. This picture was first displayed in the window of Alfred Cadart's print shop in Paris in July 1864, demonstrating Manet's quick response to a sensational and recent news event.