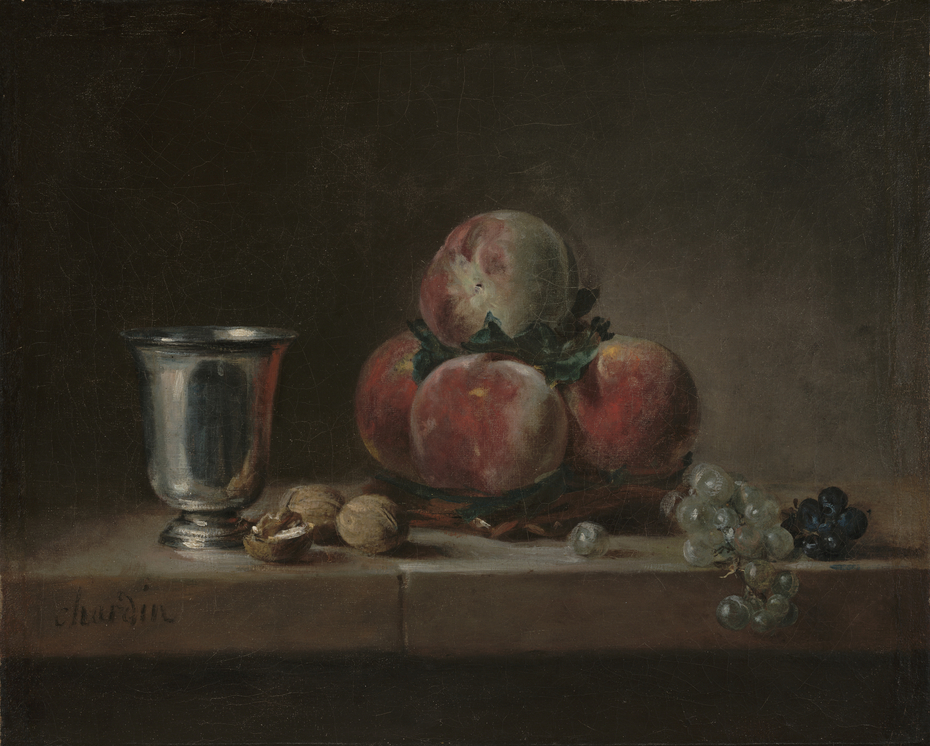 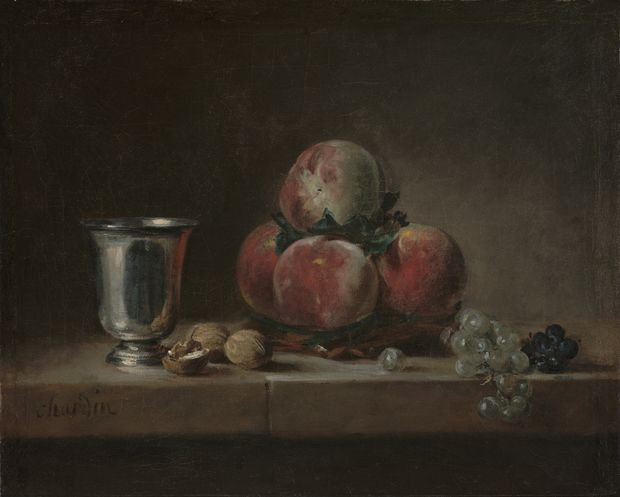 Still Life with Peaches, a Silver Goblet, Grapes, and Walnuts

1759 - 1760
"It is the air and light you take with the tip of your brush and fix to your canvas...[your work] exists between nature and art," wrote Denis Diderot of Jean-Siméon Chardin in his Salon review of 1765. In still lifes, genre scenes, and the occasional portrait, Chardin's skill at rendering the visual and tactile qualities of simple objects won him the admiration of critics like Diderot.

In this small still life, Chardin portrayed a modest subject--three walnuts, four peaches, two bunches of grapes, and a pewter mug--but gave the objects monumentality by arranging them in pure geometric groupings and concentrating on their basic forms. He suggested the objects' various textures and substances through the play of light across surfaces and successive applications of paint. In this way, Chardin conveyed the fuzzy skin of the peaches, the hard, brittle shell of the walnuts, the translucence of the grapes, and the heavy, cold exterior of the pewter mug.