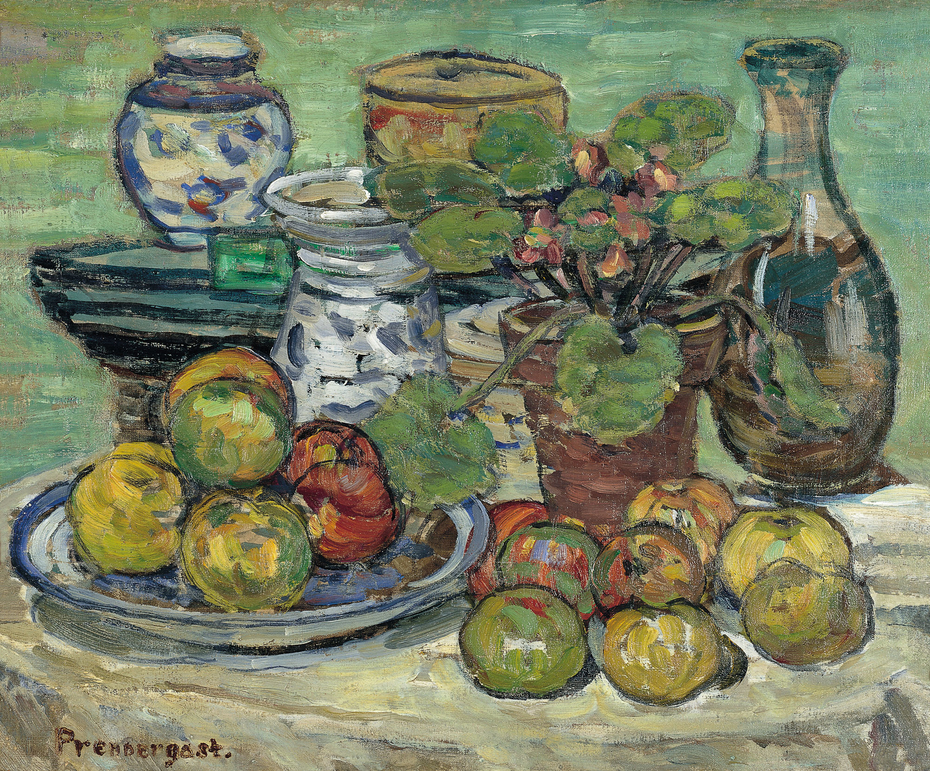 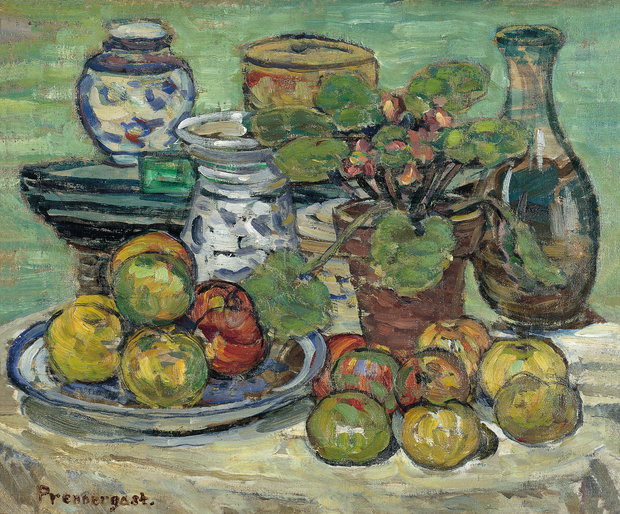 Description:
Although Prendergast was aware of Cézanne's work as early as 1898-1899, it was during his sojourn to Europe in 1907 that he received a new impulse from the French. In Still Life with Apples, Prendergast's debt to Cézanne can be seen in the tilting of the table top, the varied perspectives, the modeling through color rather than tone, the more subdued colouring, and in the suggestive handling of forms. It lacks, however, the subtle structures and tensions of the French master, as Prendergast's still life objects adhere to a flattened, tapestry-like spreading of shapes across the surface of his composition. The broad flat pattern of the leaves of his potted geranium he may have learned from Matisse.