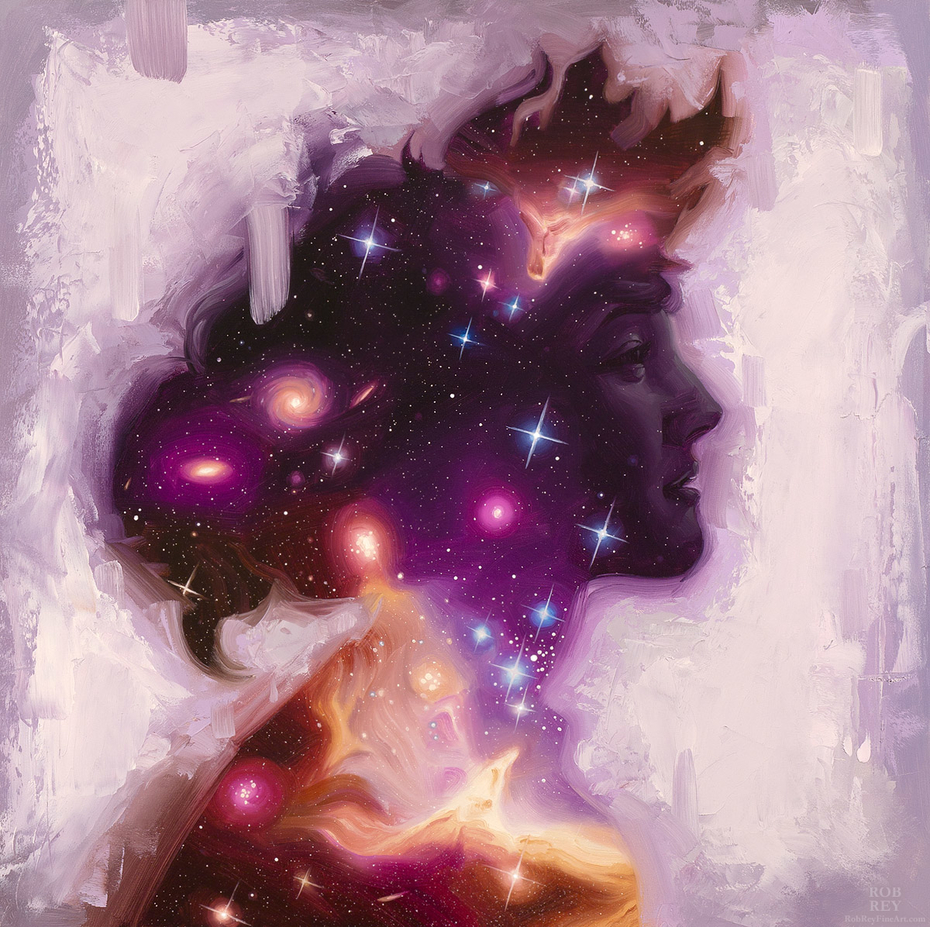 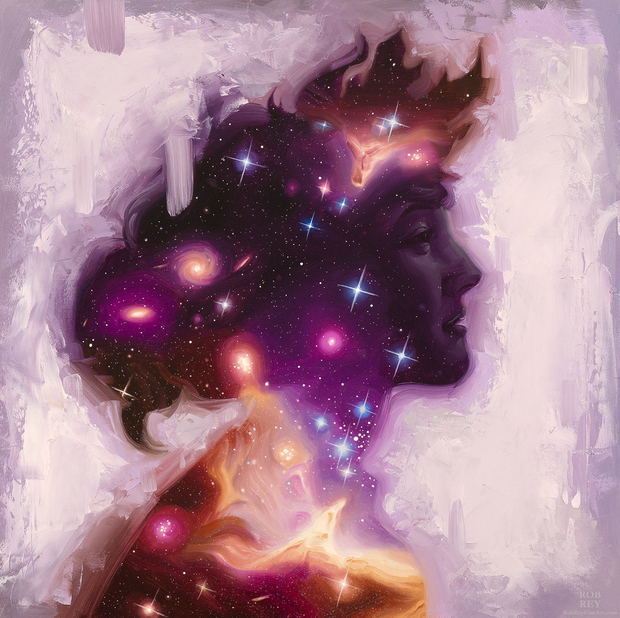 Another piece for the "Introductions" show at Abend GalleryGallery opening this Friday, July 10th. The show is a group exhibit of new featured artists at the gallery. I'll be in attendance at the opening in Denver on July 10th for real in-person introductions, so if you're in the area come say hi.

This is another piece inspired by the poetic fact that many of the atoms that make up our bodies and the world around us have not always existed. They were fused in the cores of old stars that have since exploded and enriched the material that formed new stars and planets including Earth and everything on it. We are made of starstuff, as Carl Sagan so eloquently expressed in his Cosmos series and Neil deGrasse Tyson in this video

License:
All rights reserved. Exhibited on USEUM with the permission of the rights owner.
For more:
http://robreyart.blogspot.com/2015/07/stardust-gazing-back.…