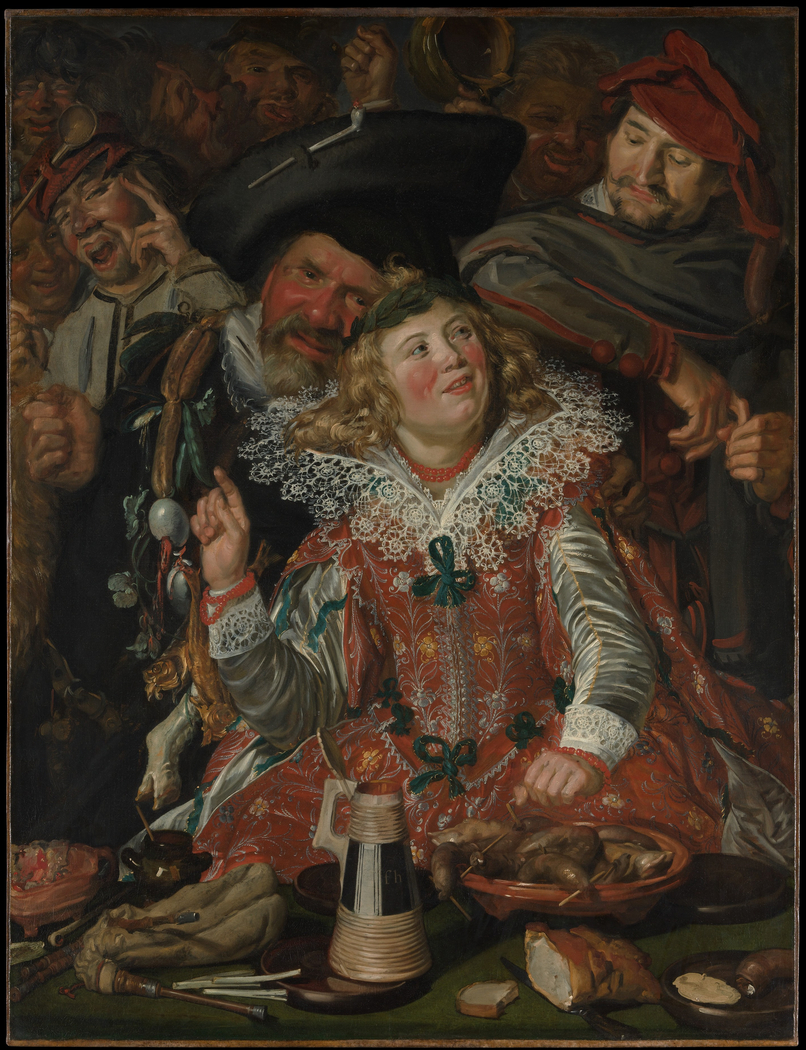 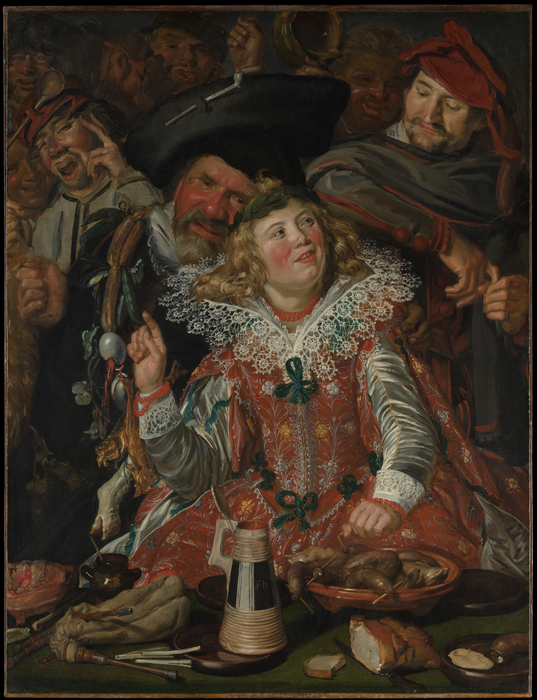 1616 - 1617
The loud style of this early work by Hals suits its subject, which is Vastenavond (Shrovetide or Mardi Gras), a pre-Lenten carnival featuring bad food and worse behavior. Two characters from the comic stage, Peeckelhaering (Pickled Herring) and Hans Wurst (John Wiener?), cozy up to a young "lady" with a Dutch boy haircut and a bull neck. Hans's gesture, the deflated bagpipe, and other motifs comprise a chorus of sexual commentary. The picture looks surprisingly Flemish in its vivid coloring, loose brushwork, and crowded composition, which suggests that it may date from slightly after Hals's three months in Antwerp during 1616. In that mecca for Netherlandish artists he could have seen great works by Rubens and the early paintings of his own Flemish counterpart, Jacob Jordaens (1593–1678). (Source: The Metropolitan Museum of Art)

License:
Courtesy of The Metropolitan Museum of Art
For more:
https://www.metmuseum.org/art/collection/search/436622