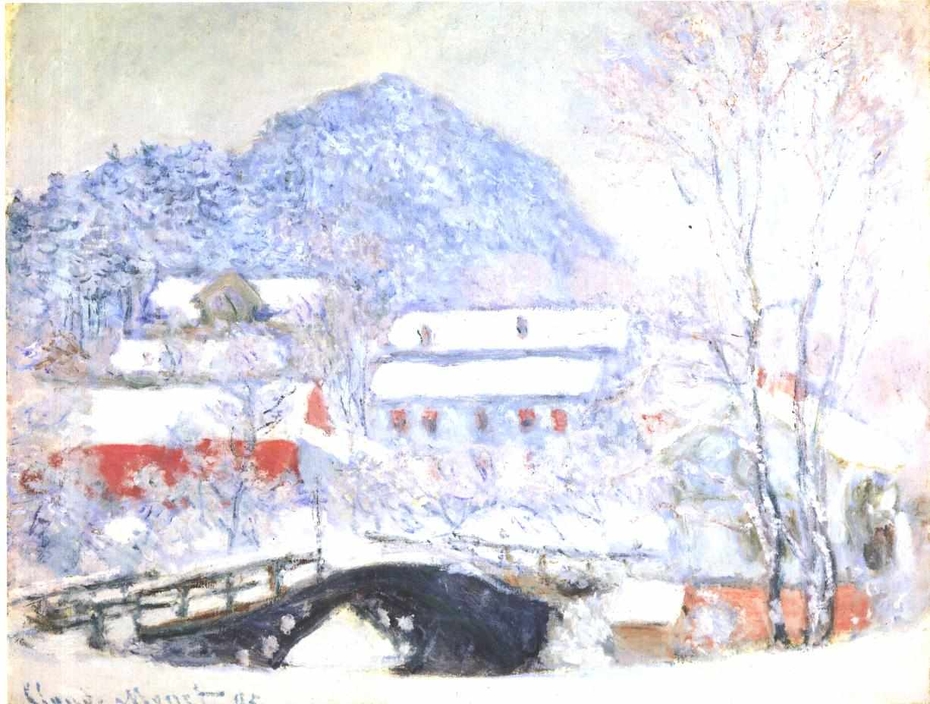 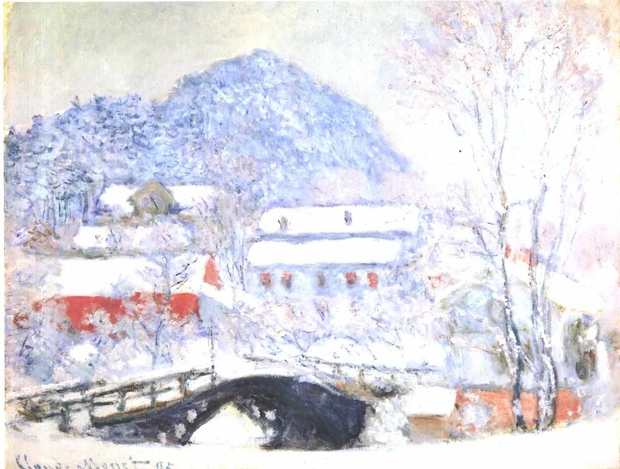 1895
Claude Monet’s trip to Norway in 1895 was perhaps the most physically taxing of all his many painting campaigns. Touring the country with his stepson Jacques Hoschedé, who lived in Christiania (now Oslo), he was awestruck but initially frustrated in his search for good motifs amid the snow. Nevertheless, he painted 29 Norwegian scenes during a two-month stay. These included at least six views of Sandvika, a village near Christiania whose iron bridge may have reminded Monet of the Japanese bridge at his home in Giverny.