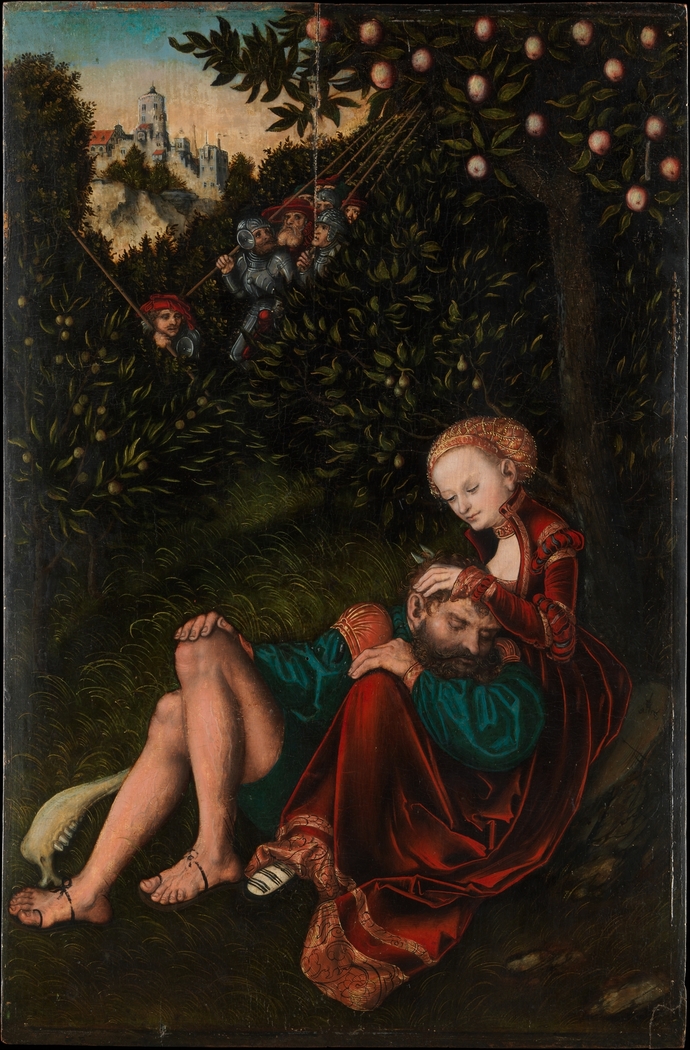 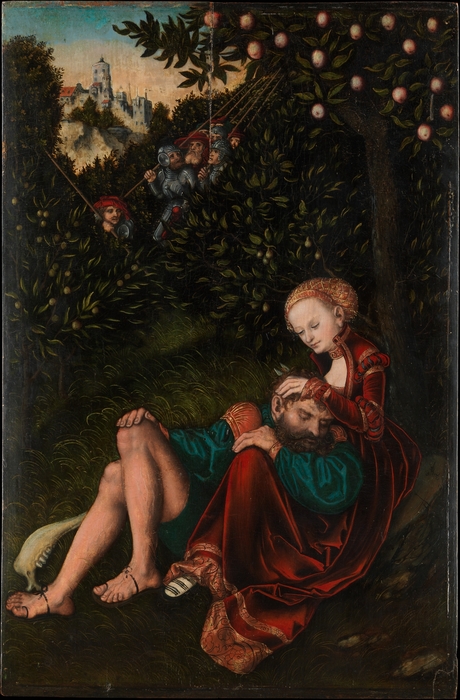 1510
In this Old Testament scene, the Israelite judge Samson sleeps in the lap of his Philistine lover Delilah, who shears a lock of hair from his head to drain his superhuman strength. A group of soldiers emerges from the forest, seeking revenge against the disempowered hero, who had murdered a thousand Philistines with the ass’s jawbone that lies at his feet.

The panel’s small size suggests that it was displayed in a private context. In the courtly setting of Cranach's time, the biblical story had an allegorical meaning, warning men of the pitfalls of love and the wiles of women. (Source: The Metropolitan Museum of Art)

License:
Courtesy of The Metropolitan Museum of Art
For more:
https://www.metmuseum.org/art/collection/search/436041