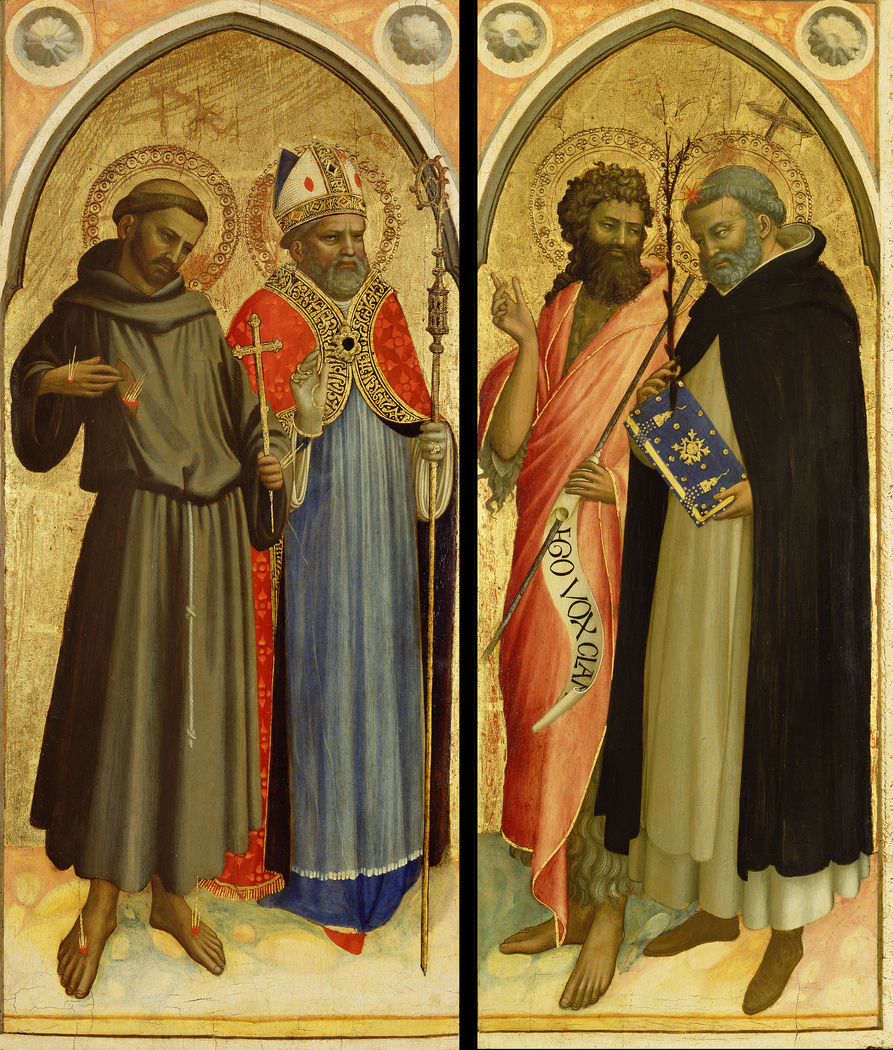 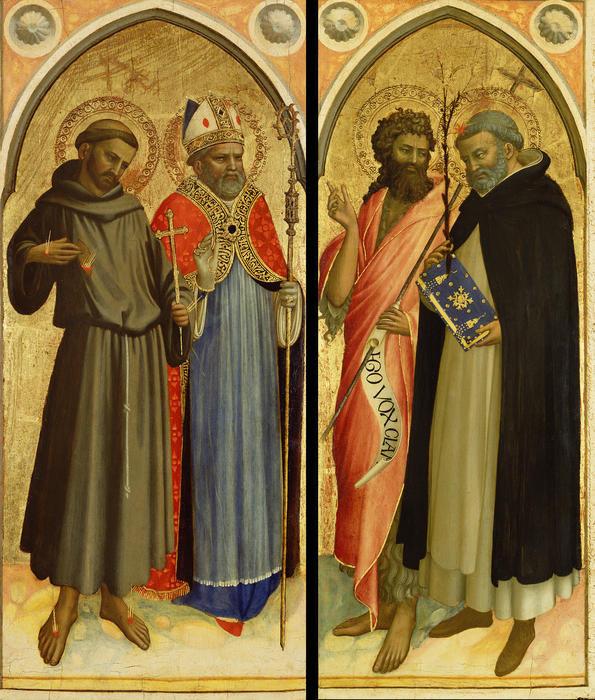 Saint Francis and a Bishop Saint, Saint John the Baptist and Saint Dominic

1427 - 1429
These panels once served as wings of a portable altarpiece used for private devotion. The left panel shows Saint Francis, who is recognized by the stigmata on his hands, feet, and side. The three knots tied in the sash around his waist symbolizing his Franciscan Order's three religious vows: poverty, chastity, and obedience. An unidentified bishop saint wearing a cope and miter and holding a crozier stands to the left of Francis.

The right panel depicts Saint John the Baptist, who is identified by his reed cross and tunic of animal skins, and Saint Dominic, who wears the habit of his Dominican Order. He holds a lily, the symbol of chastity, and carries a book of the Gospels.

The Dominican monk Fra Angelico, whose clerical name means "Angelic Brother," was among the first to adopt Masaccio's innovative naturalism. Though he still employed a gold background, Fra Angelico used shading to model plausible figures in the round. These paintings epitomize his particular delicacy of color, sensitivity of expression, and ability to convey the spiritual grace of saints.

Medium:
Tempera and gold leaf on panel
License:
Courtesy of The Getty
For more:
http://www.getty.edu/art/collection/objects/851/fra-angelic…