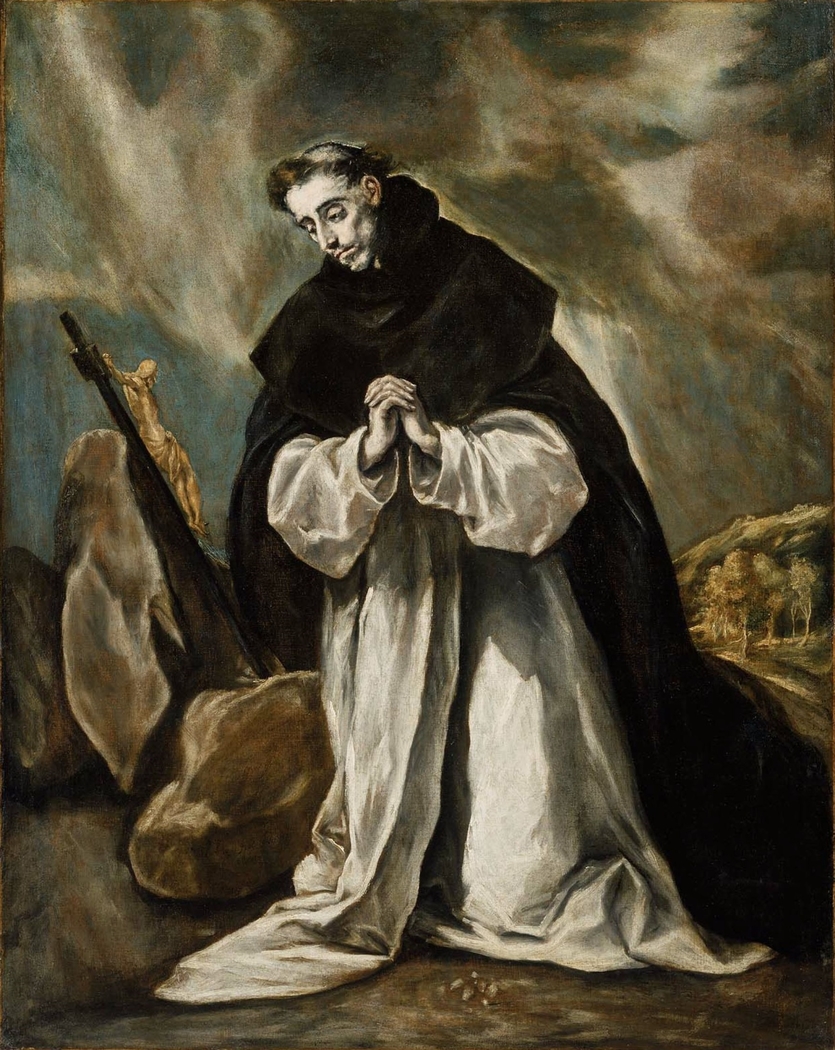 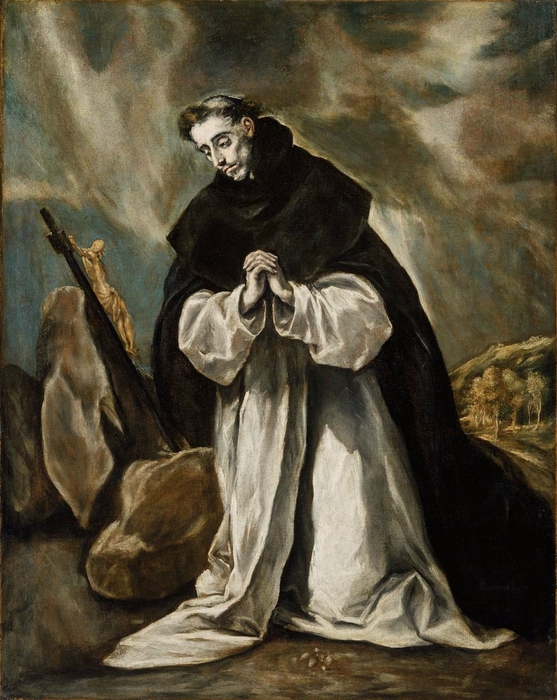 1605
A favorite subject of El Greco and his workshop, Saint Dominic founded the mendicant order that bears his name and popularized the use of the Rosary after receiving it in a vision. El Greco’s novel brushwork, distilled composition, and restrained palette convey a sense of spiritual intensity as Dominic kneels in solemn devotion before the crucifix. Such paintings were especially popular during the Counter-Reformation because they encouraged direct empathetic responses from viewers. El Greco was later revered by 19th-century avant-garde artists intrigued by his ‘modern’ way of painting. Tellingly, this work once belonged to the artists Jean-François Millet and Edgar Degas.