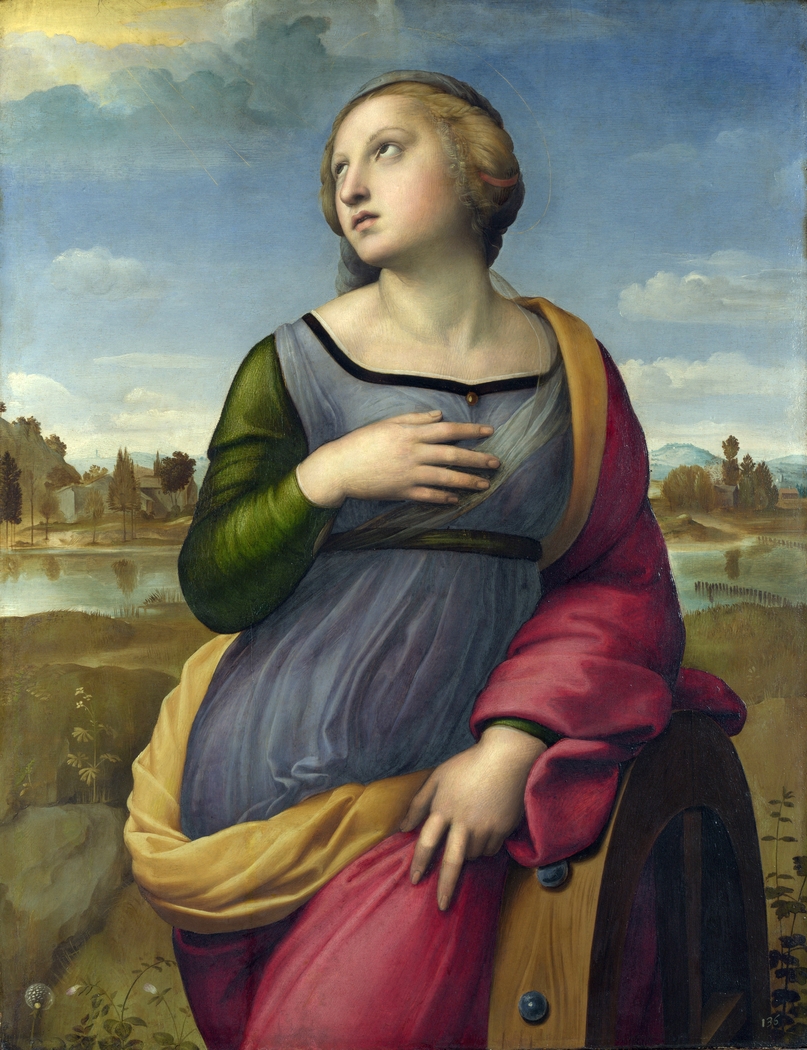 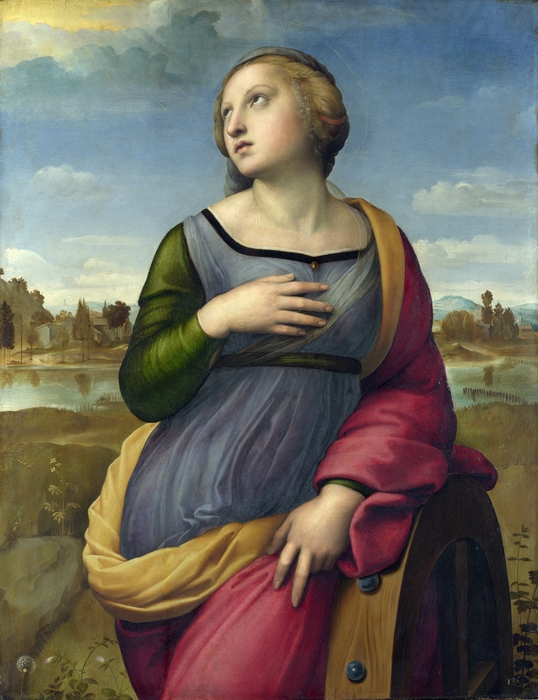 1507
Catherine of Alexandria, a fourth-century princess, was converted to Christianity and in a vision underwent a mystic marriage with Christ. When she would not give up her faith, Emperor Maxentius ordered that she be bound to a spiked wheel and tortured to death. However, a thunderbolt destroyed the wheel before it could harm her. Catherine was then beheaded.

Raphael has focused on the visionary aspect of the saint’s faith, capturing her with her hand on heart and her lips parted, in a moment of divine ecstasy looking heavenwards to a golden break in the clouds. In the foreground is a dandelion seed head. The dandelion often appears in Netherlandish and German paintings as a symbol of Christian grief and the Passion (Christ’s torture and crucifixion).

The saint’s twisting pose reflects Raphael’s study of the sinuous grace of Perugino’s paintings, the dynamic compositions of Leonardo and the monumentality of Michelangelo’s figures.

License:
Courtesy of The National Gallery, London
For more:
https://www.nationalgallery.org.uk/paintings/raphael-saint-…