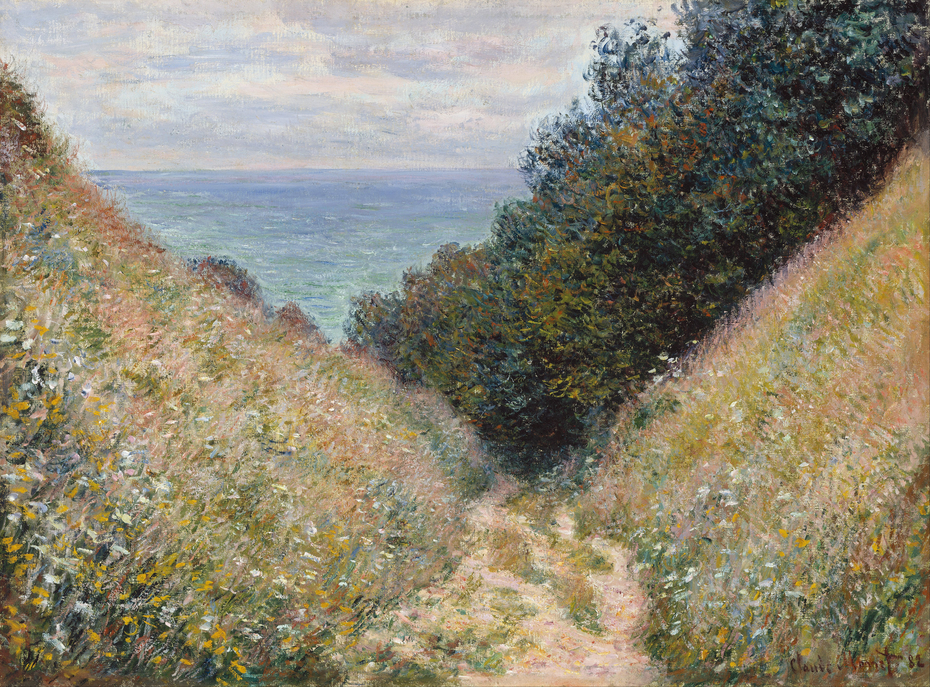 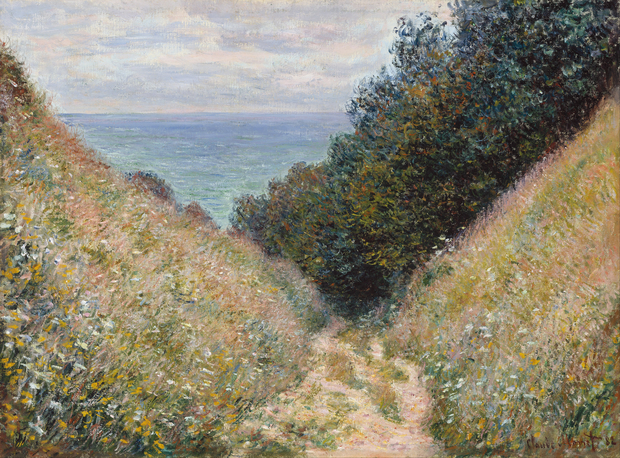 1882
Monet had begun to experiment with X-shaped compositions as early as 1863-64. Here, almost twenty years later, he has refined the schema and simultaneously clothed it in an active surface pattern of indescribable subtlety. Despite the uncertain continuance of the path, this is a welcoming, pleasant place. The path nestles between two soft mounds. In the Western tradition, landforms are often discussed in sensuous terms in relation to the human body. By this date Monet’s paintings only rarely included the human figure. If one were present here, the scene would take on an anecdotal air, and the force of the geometry and suggestiveness of the landscape would be diminished. Without a figure, this painting invites, seduces, comforts, and promises, on an optical as well as an animal level, the component parts of which are impossible to disentangle.