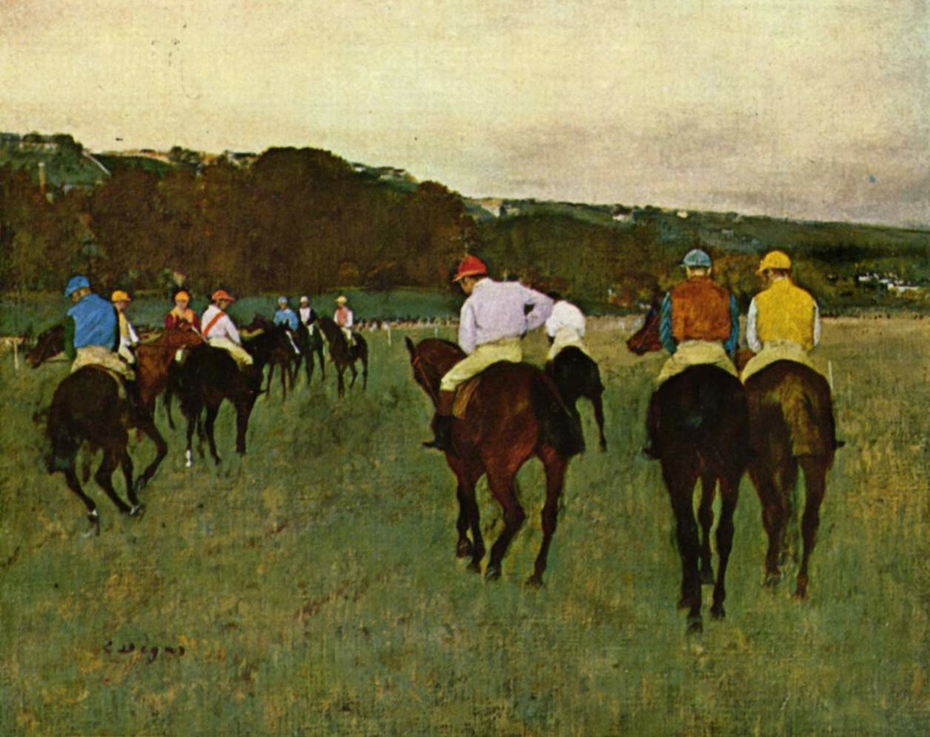 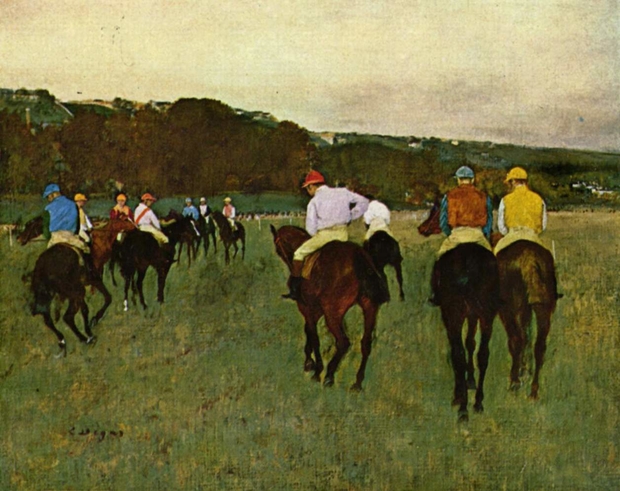 1871 - 1874
Horse racing, a luxury sport imported from England, enjoyed a vogue in 19th-century Paris. Built on the Western edge of the city in 1857, the Longchamp racetrack drew fashionable spectators, including Degas, whose love for horses was matched only by his attachment to the ballet. This scene of jockeys and their mounts milling beside the track at the end of a race was the first Degas painting purchased by an American museum. [source]