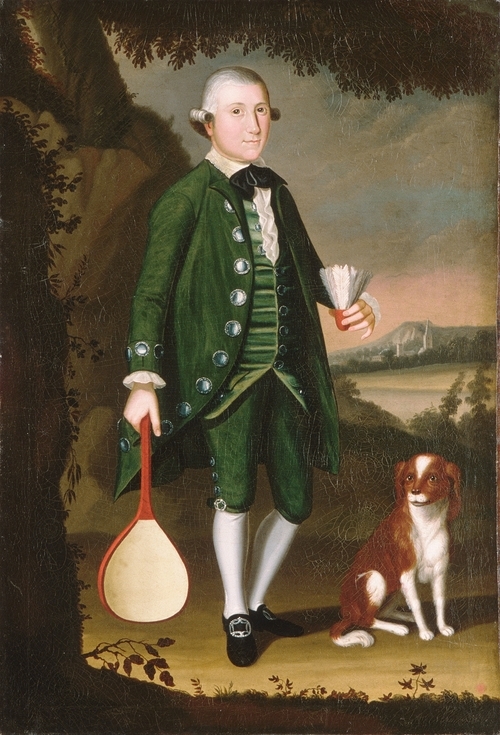 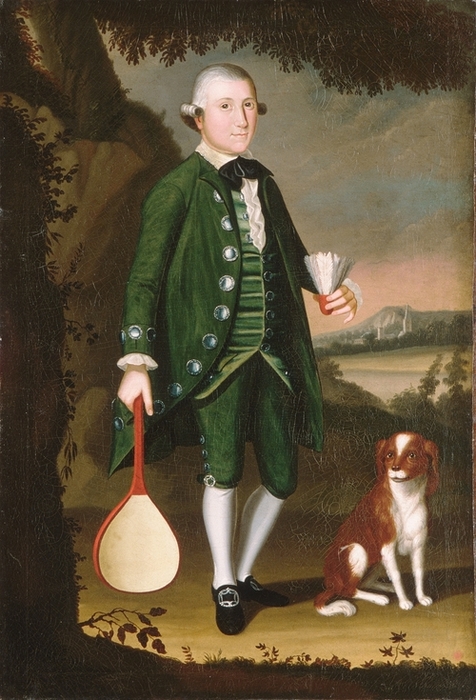 Portrait of a Boy, Probably of the Crossfield Family

1770 - 1775
William Williams was born in England, the son of a mariner. He lived through shipwreck and adventure in the Caribbean before arriving in Philadelphia at the age of twenty, by which time he was already earning a livelihood as a painter. He returned to England in 1776, and died there fifteen years later in an almshouse. Tradition holds that the solemn young man represented in this portrait is a member of the Crossfield family. He holds the equipment for the game of battledore and shuttlecock, a decorous eighteenth-century version of badminton. In this picture, one of Williams's best, the rendering of the rocks, the verdure, and the distant view reminds us that the artist was also a painter of theatrical scenery.
(Source: Metropolitan Museum of Art)

License:
Courtesy of the Metropolitan Museum of Art
For more:
https://www.metmuseum.org/art/collection/search/13331