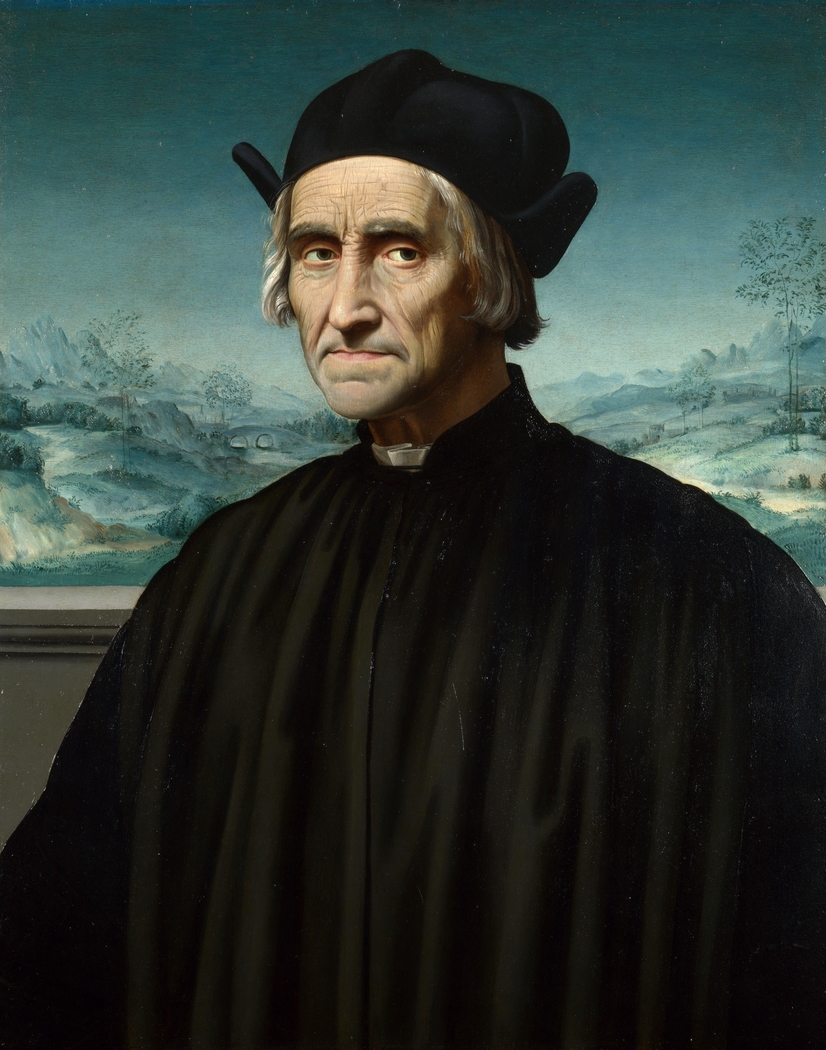 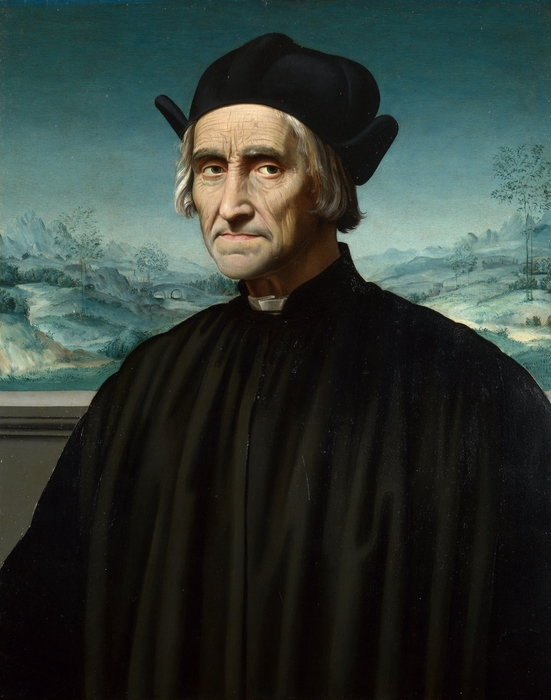 Ghirlandaio has made a detailed and sensitive study of the deep wrinkles and criss-cross lines of the old man’s face. The uninhabited, dream-like landscape evokes the realm of thought and poetry occupied by his mind. The pose and the hazy blue mountainous background suggest that Ghirlandaio had seen Leonardo’s Mona Lisa (Louvre, Paris). However, the crisp, carefully delineated face is more akin to the style of his father, Domenico Ghirlandaio, than to Leonardo’s subtle smoky rendition of Mona Lisa’s features.