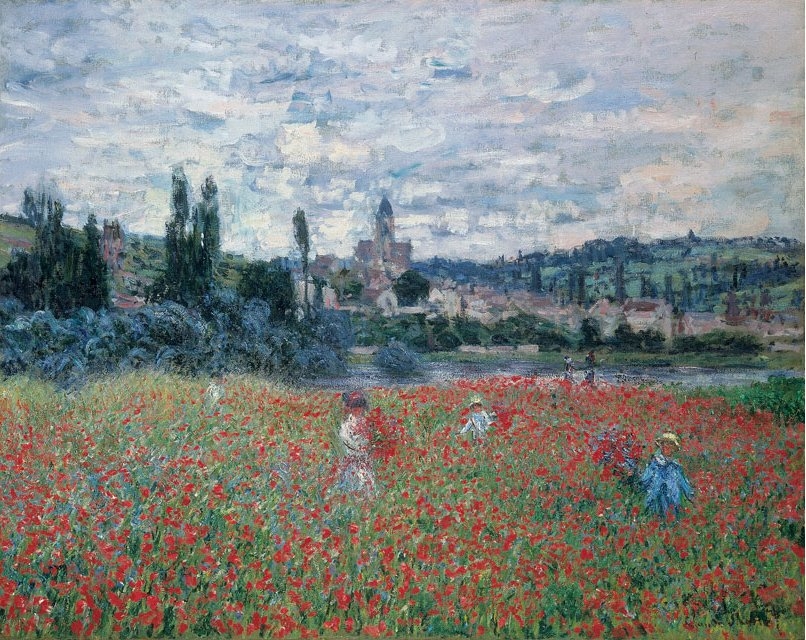 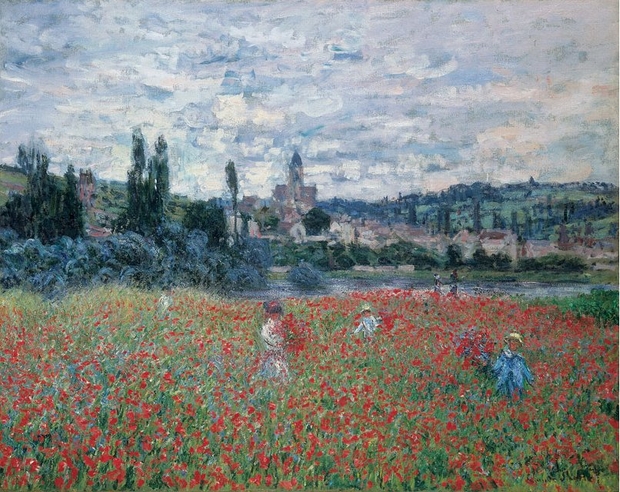 This picture of a poppy field in Vétheuil, near Paris, was painted shortly after Claude Monet and his family had come to live in the village. At the time, he was going through a difficult period. His wife, Camille, died after a long illness and he had to support not only his own children, but also those of his new partner, Alice. It is thought that she is one of the figures in the foreground, who are picking poppies for binding into bouquets. The painting in the Bührle collection is not just important as a record of the artist's biography, though. It documents a stage in Monet's artistic development during which effects are increasingly achieved using sketchy, impressionist brushstrokes. This is particularly clear to see in the contrasting treatments of the clouds, with their broad, abrupt strokes, and the delicately dabbed red flowers in the field. Ruffled brushstrokes are used for the bushes in the middle distance on the left, while longer, horizontal strokes convey the calm surface of the River Seine flowing slowly through Vétheuil. Of the landscape painters among the Impressionists, Monet was identified early on by the critics as the real head of the movement. He was unsurpassed in treating landscape painting as a constant challenge to experiment with new stylistic techniques and attempting new subjects. Only a few years after the painting that you see here, he would develop a novel, serial method of production that allowed him to explore the effects of changing light and colour on a particular motif seen from the same viewpoint. Even towards the end of his long life, he opened up a new, architectural dimension in Impressionism, with his series of mural size paintings of water lilies.