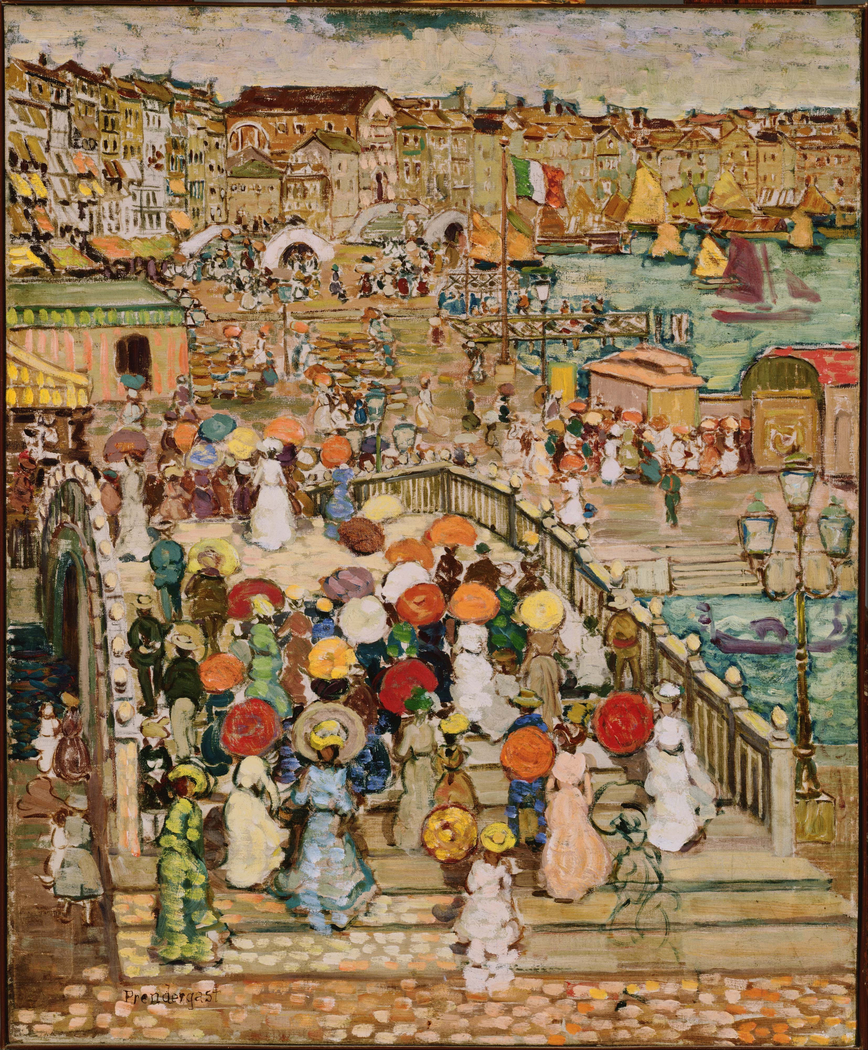 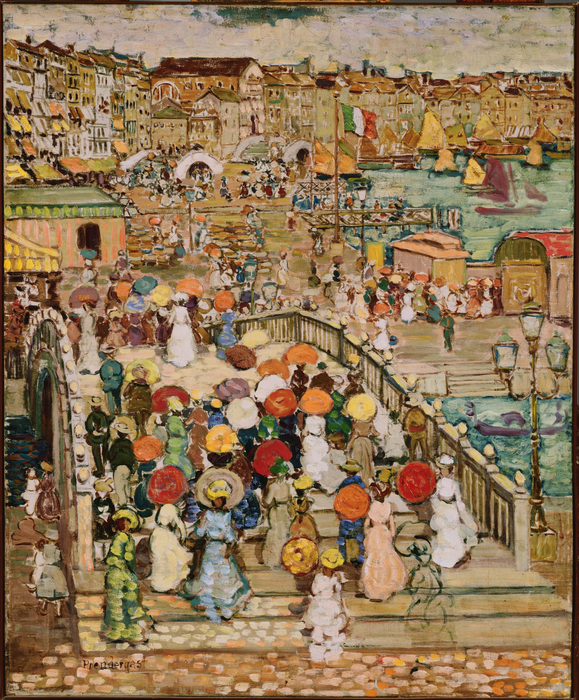 Ponte della Paglia, one of Prendergast's earliest and most delightful large oils, was extensively repainted by the artist many years after its original execution and shows the contrast between his early and late styles. Begun during a visit to Venice in 1898-1899, the painting remained in Prendergast's possession until 1922. At some point during this period, the tightly painted and detailed figures and surroundings, which are characteristic of the artist's early style, were overpainted in the foreground and middle distance with colorful, thick, broad brushstrokes and heavy outlines, revealing his freely personal adaptation of the pointillist technique. The later overpainting has unified the work into a rich tapestry of color. Read more...