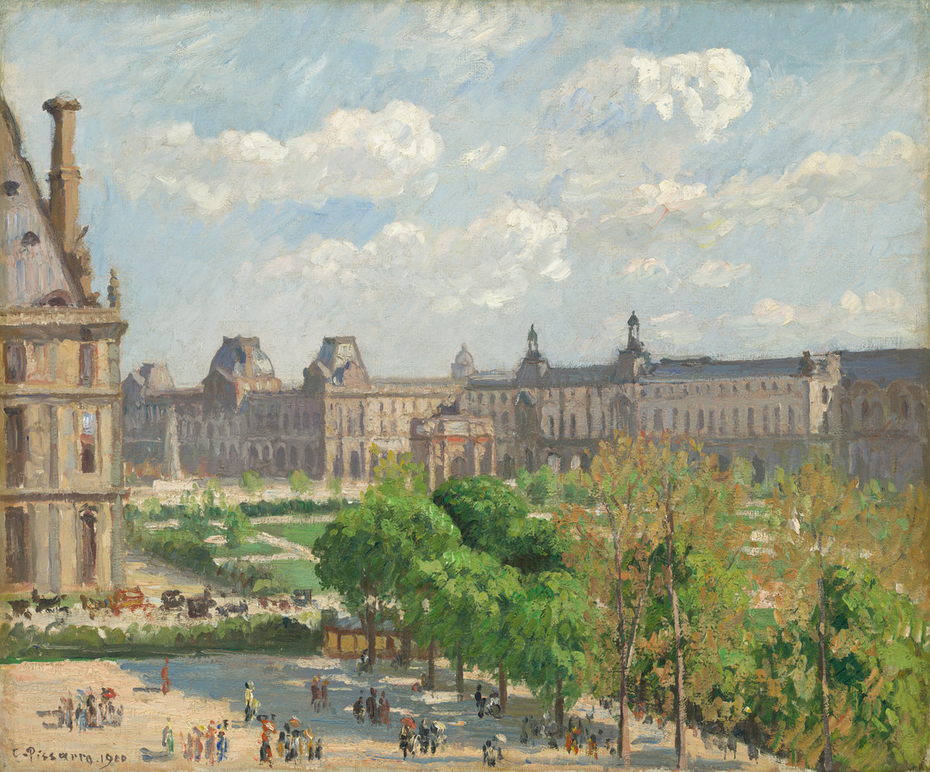 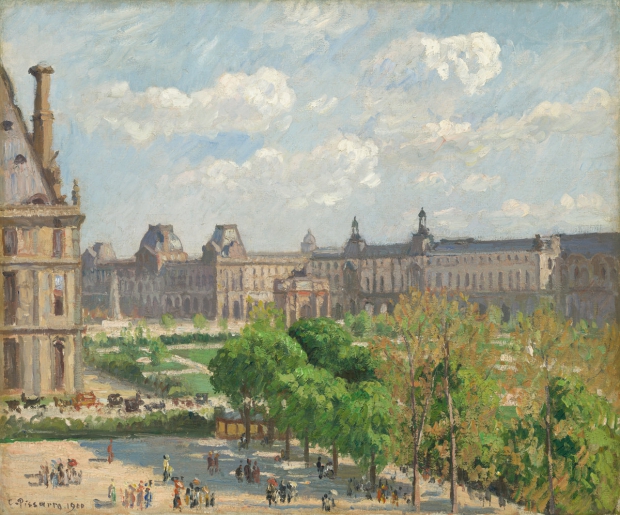 1900
Better known for rural subjects, Pissarro came to paint urban scenes only late in his career after eye problems prevented him from working outdoors. He rented rooms that afforded him views into the streets of Rouen, Paris, and other cities. Probably influenced by Monet’s series paintings, he set up a number of easels to work simultaneously on different canvases as light and weather conditions changed. This is one of twenty–eight views he painted of the Tuileries Gardens from a hotel room in the rue de Rivoli. The buildings depicted are part of the Louvre.

With this sidelong view, dappled with shade and interrupted on all sides of the picture frame, Pissarro’s composition captures the restless activity of the busy city. His quick brushwork seems to mimic the action it depicts. Notice the wheels of the carriages and buggies, where scoured circles of paint trace motion. With the movement of his brush, Pissarro does not simply paint but reenacts the wheels’ rolling progress. This painting, done more than a quarter century after the first impressionist exhibition, still has the same fresh energy of those early impressionist works.