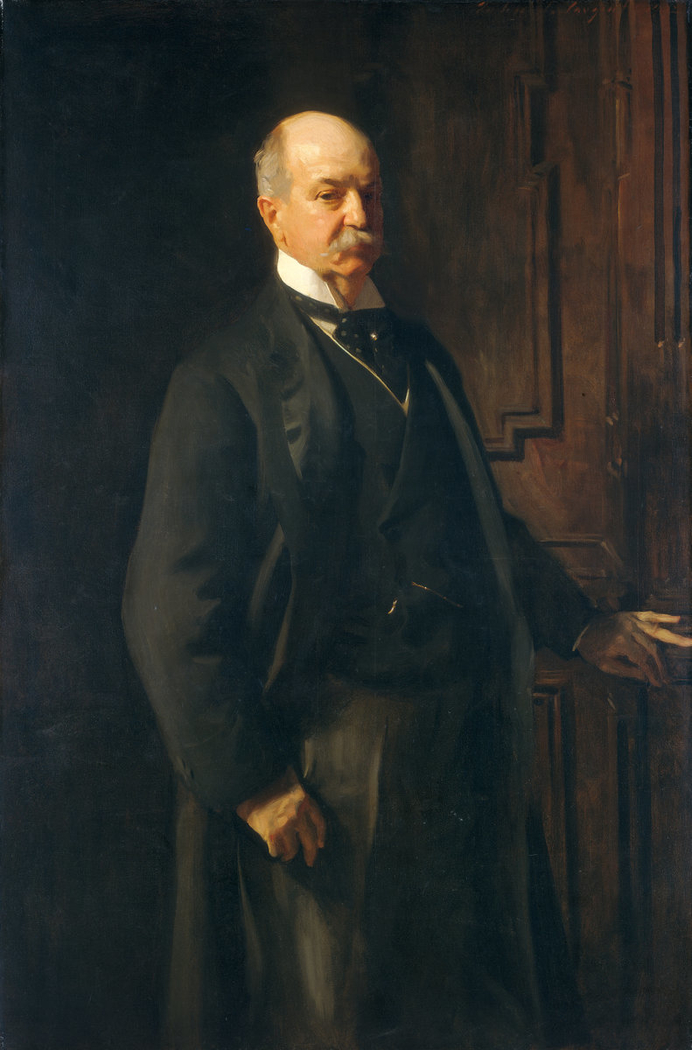 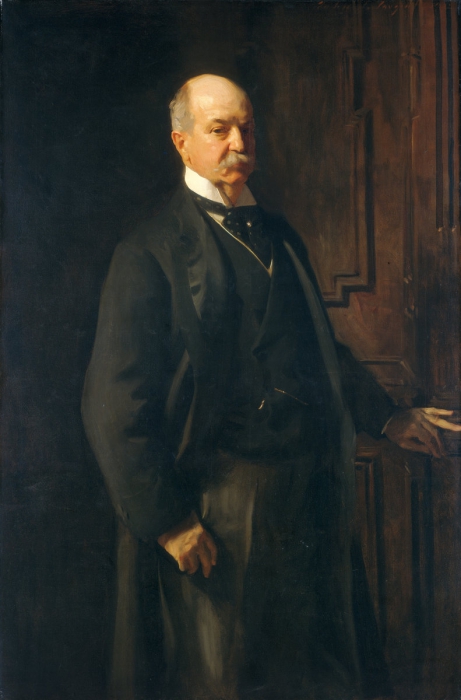 Peter A. B. Widener

1902
Financier, politician, and philanthropist Peter Arrell Brown Widener (1834–1915) made his fortune through multiple entrepreneurial enterprises, including investments in trolley cars and public transit systems in his native Philadelphia and elsewhere. An avid art collector, Widener filled Lynnewood Hall, his mansion just outside Philadelphia, with European paintings, oriental carpets, and Chinese porcelain. In 1942, this portrait, along with other items in Widener’s collection, was given to the National Gallery of Art by his son Joseph (1872–1943).

Shown in a three-quarter view, Widener stands beside a paneled wooden door, his left hand resting on the doorknob and his body and gaze turned to the right. The painting’s dramatic lighting casts much of Widener’s face in shadow, resulting in a striking chiaroscuro effect reminiscent of the Dutch and Flemish 17th-century paintings Widener admired. In fact, this painting hung over the mantelpiece in the Van Dyck room at Lynnewood Hall, where Widener’s celebrated collection of Van Dyck portraits also hung. Edith Appleton Standon, curator of the elder Widener’s collection, later recalled Joseph Widener remarking that Sargent “had not wanted his picture to be in such company but that [Peter Widener] considered that it held its own very well.” After completing this portrait in London in 1902, Sargent went on to paint Widener again the following year at Lynnewood Hall–a painting now in the collection of the Philadelphia Museum of Art.