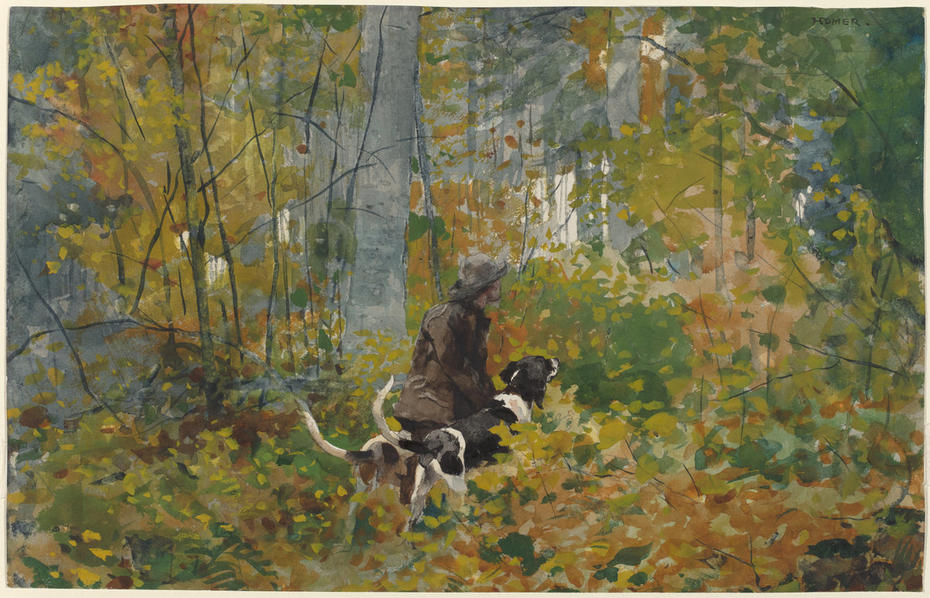 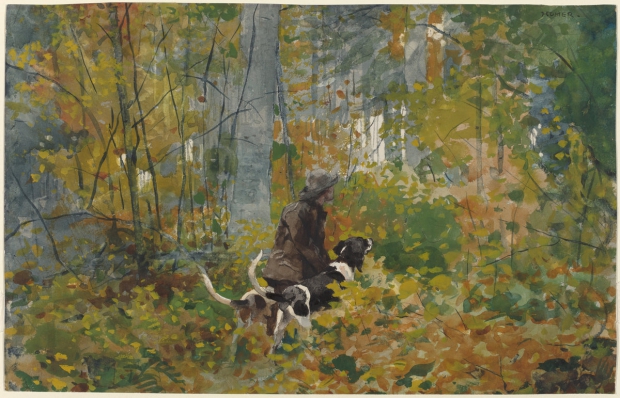 1892
From the late 1850s until his death in 1910, Winslow Homer produced a body of work distinguished by its thoughtful expression and its independence from artistic conventions. A man of multiple talents, Homer excelled equally in the arts of illustration, oil painting, and watercolor. Many of his works—depictions of children at play and in school, of farm girls attending to their work, hunters and their prey—have become classic images of nineteenth-century American life. Others speak to more universal themes such as the primal relationship of man to nature.

Highlighting a wide and representative range of Homer's art, this Web feature traces his extraordinary career from the battlefields, farmland, and coastal villages of America, to the North Sea fishing village of Cullercoats, the rocky coast of Maine, the Adirondacks, and the Caribbean, offering viewers the opportunity to experience and appreciate the breadth of his remarkable artistic achievement. [source]