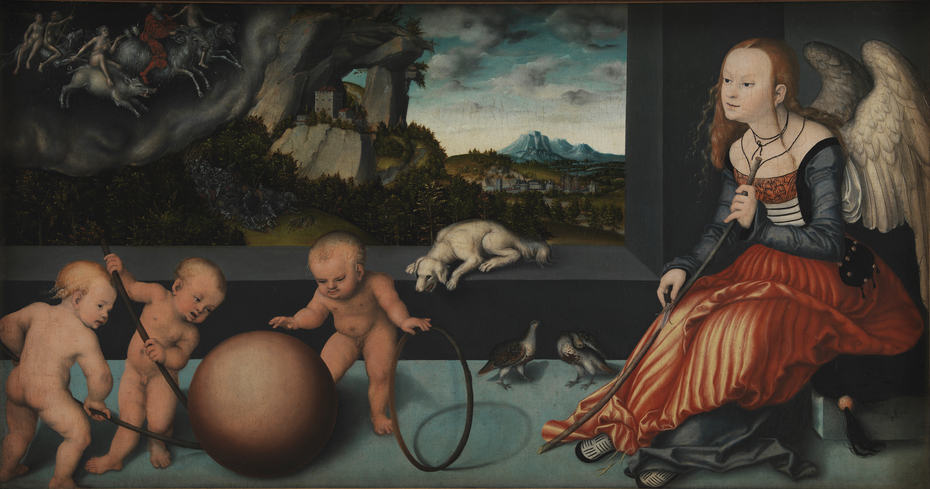 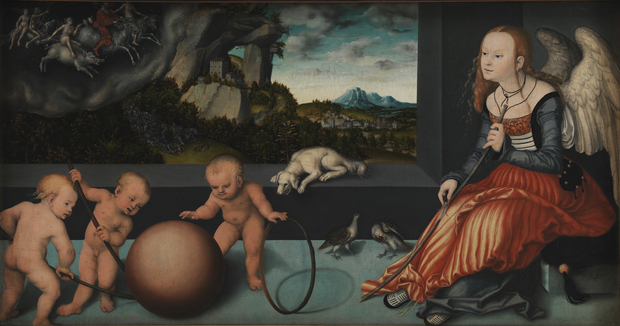 1532
With only a stick to help them, three nude boy children attempt to play a game, the object of which is to pass a large ball through a hoop.

A winged woman, lost in thought, splits a stick, seemingly in the process of making another hoop.

The other three were the choleric, the sanguine, and the phlegmatic temperaments. Each of these corresponded to other elements, metals, animals, and seasons. In Cranach’s painting, melancholy seems to be linked to something negative: a demonic witches’ ride takes place in a black cloud outside.

License:
Courtesy of the National Gallery of Denmark
For more:
http://www.smk.dk/en/explore-the-art/highlights/lucas-crana…