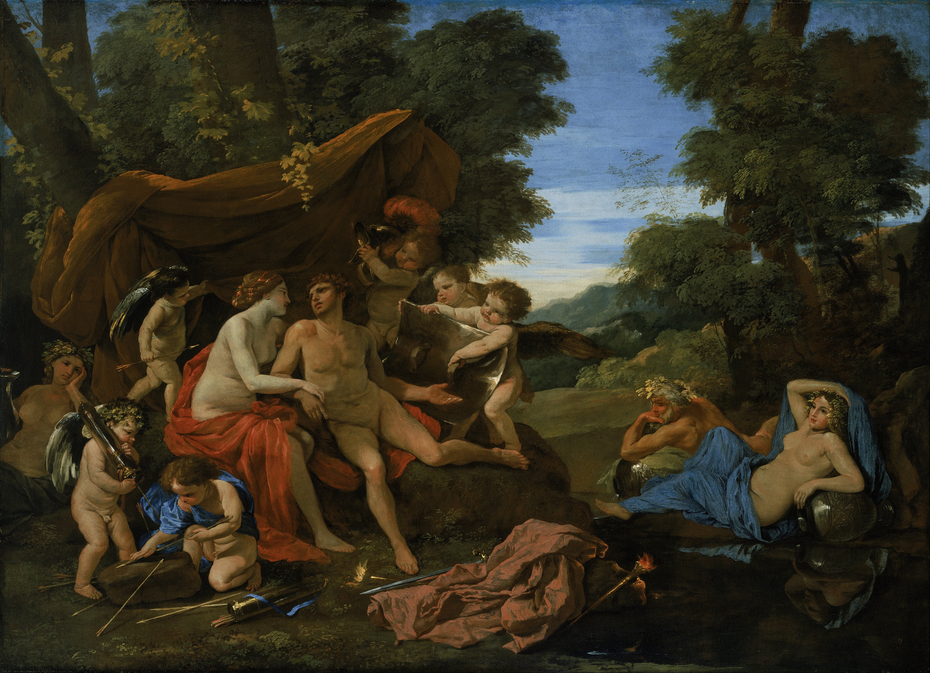 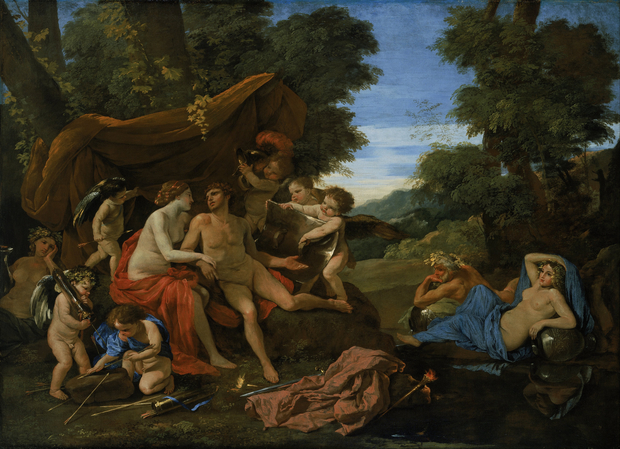 1630
Poussin was the foremost French painter of the seventeenth century, although he spent almost his entire career in Rome. His restrained and idealizing style, inspired by the art of classical antiquity and the Renaissance, influenced the course of French painting for three hundred years. This allegory of the triumph of love over war shows Mars, god of war, enraptured by Venus, goddess of love, while her attendant Cupids make playthings of his weapons and armor. In its harmonious landscape, warm tonalities, and sensuous mood, this early work demonstrates Poussin's deep admiration of painters of the Venetian Renaissance.