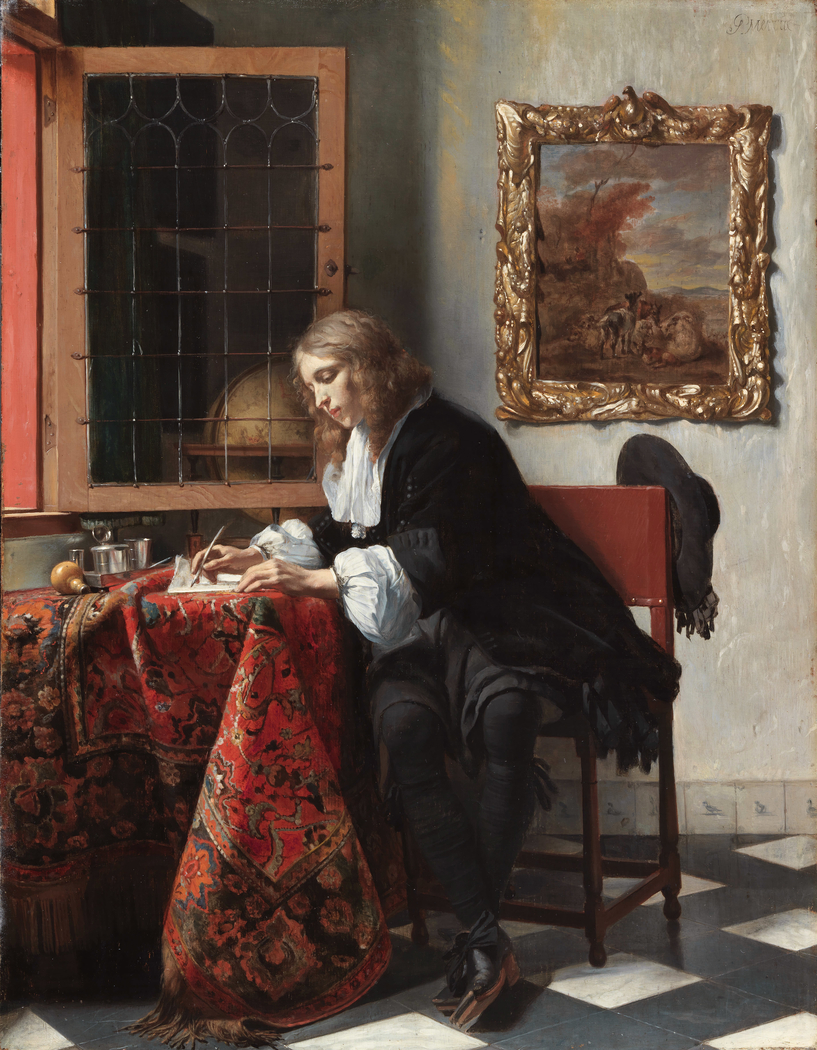 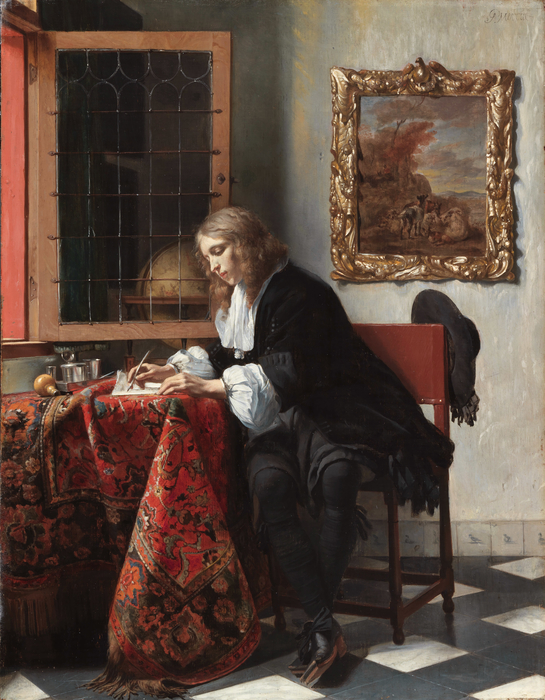 Description:
Although he began his career as painter of religious subjects, Gabriel Metsu became one of the most accomplished specialists in depictions of daily life of his time. His oeuvre shows great variety, as he easily adopted subjects and styles from other artists, transforming them into new compositions.

This painting and its counterpart, A Woman Reading a Letter, are Metsu’s most famous works, and belong to the finest Dutch genre paintings produced in the seventeenth century. Both pictures show the influence of Johannes Vermeer. Metsu may have known his work through a visit to his workshop in Delft or to the house of Pieter Claesz. van Ruyven, who owned some twenty-one paintings by Vermeer.

In this painting, the man is in the process of writing a letter for the lady shown in the pendant. Metsu adopted the idea of painting a narrative of amorous correspondence in two companion pieces from his contemporary Gerard ter Borch, who had painted similar pieces before.

License:
Courtesy of the National Gallery of Ireland
For more:
http://onlinecollection.nationalgallery.ie/view/objects/asi…