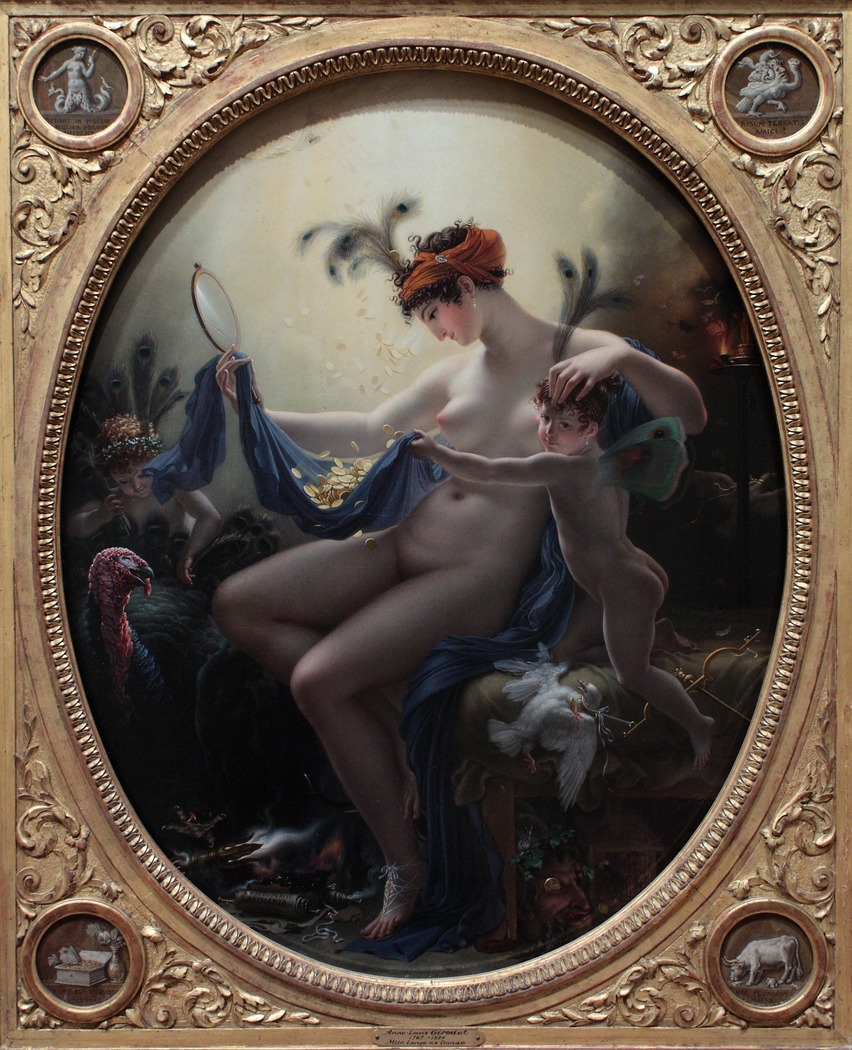 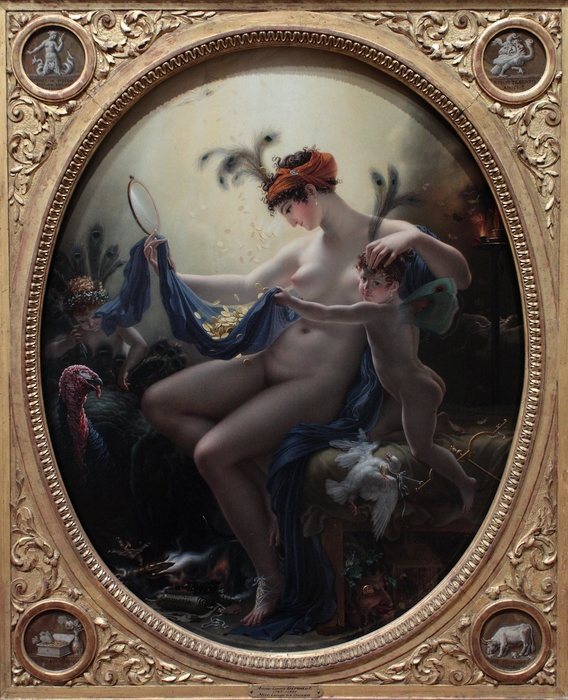 1799
Miss Lange was a talented actress known for her beauty and wealthy lovers. Girodet had painted an earlier portrait of her that she found unflattering. When she refused to pay the agreed-upon price and insisted that the painting be removed from public view at the Paris Salon, the enraged Girodet sought revenge with this second, satirical portrait. Eighteenth-century artists sometimes portrayed people as mythological characters to highlight their virtues. Girodet inverted this convention to defame Miss Lange. Read more... [MIA]