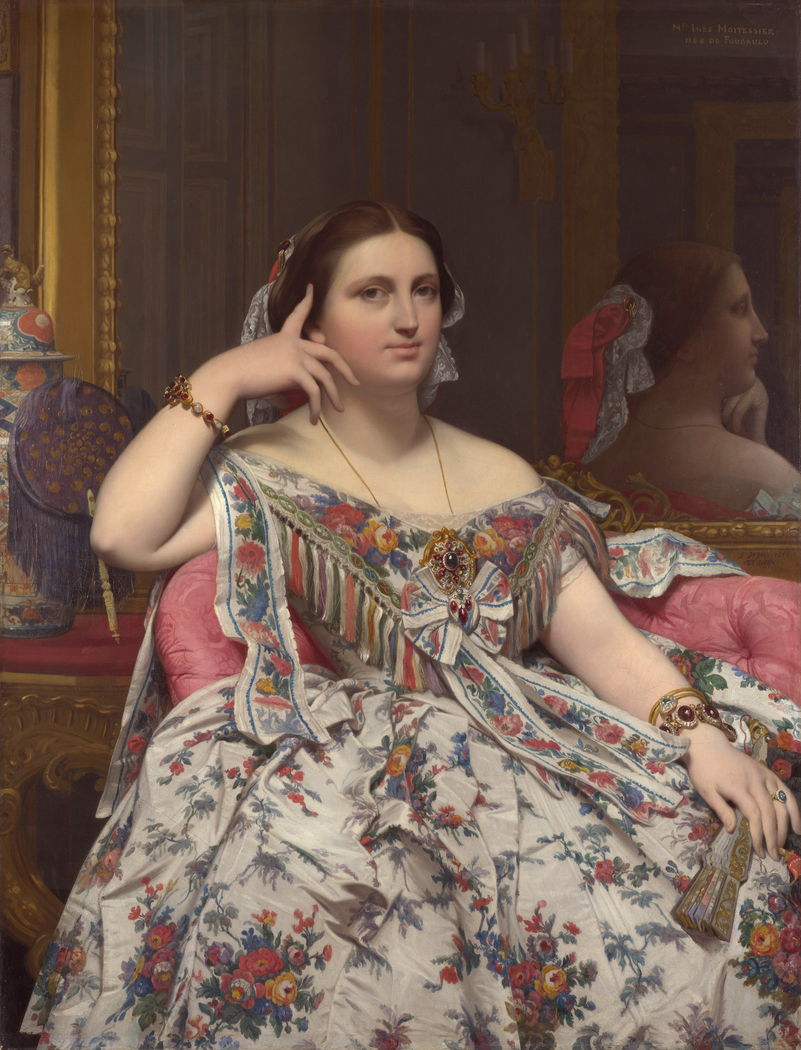 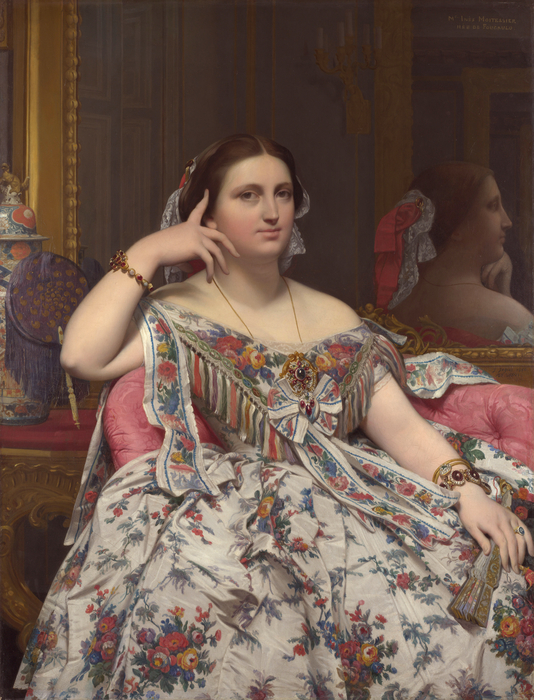 1856
Marie-Clotilde-Inès de Foucauld was born in 1821 and married Sigisbert Moitessier, a wealthy banker, in 1842. The portrait is influenced by the art of antiquity and the Renaissance. The pose, with the hand touching the cheek, is derived from an ancient Roman fresco of a goddess, from Herculaneum. This may suggest that for Ingres Madam Moitessier represented the ideal of classical beauty. The National Gallery's 'Portrait of a Lady' by Titian may have inspired him to add the profile in the mirror.

Ingres believed that portraiture was a less elevated art form than history painting. When first asked by Moitessier in 1844 to paint his wife, Ingres refused. On meeting her he was struck by her beauty and agreed. The picture was left unfinished and after seven years the sitter complained. In 1851, Ingres painted a standing portrait (National Gallery of Art, Washington) before returning to the seated portrait which he finally completed in 1856. The original intention had been to include the sitter's daughter Catherine, but she had grown up by the time Ingres came to complete the portrait.