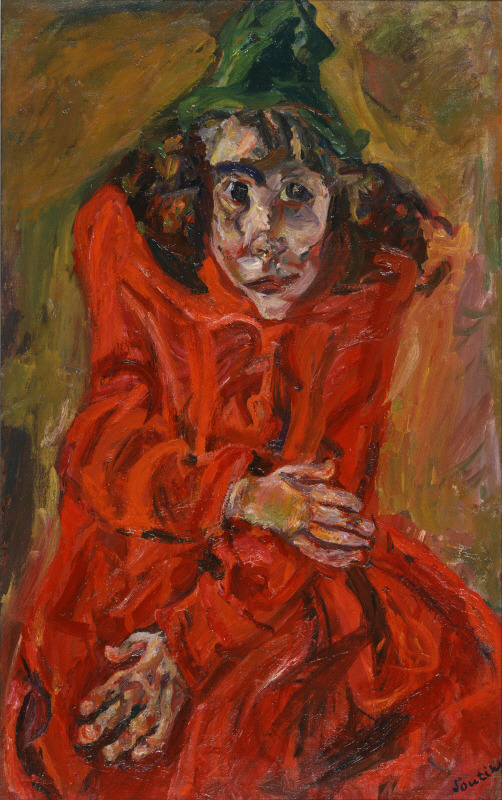 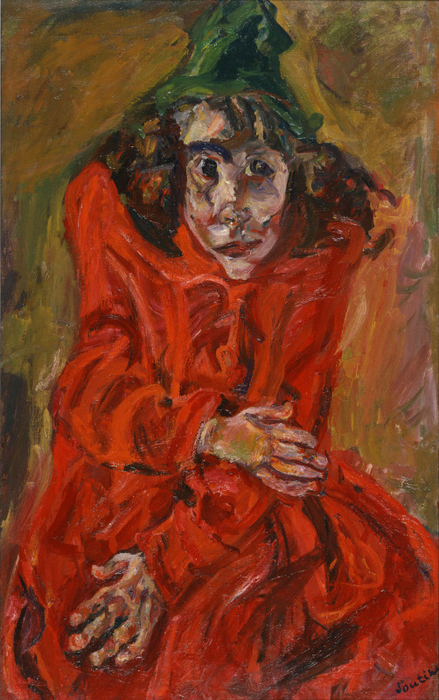 1920
In spite of the fact that Soutine's figure paintings, like his depictions of other subjects, are characterized by extremely deformed, violent brush work and strident color contrasts, they are extremely deft in their visualization of the individuality and character of their subjects. A weak youth, the sun-burned face of a farm wife, a proud woman of the elite, and the timid servant, such are his images.

In Mad Woman, the wide-eyed stare, drawn face, stiffly tensed shoulders and arms, and wildly disheveled hair all give a sense of weird tension to the composition. This impression is further heightened by the woman's red clothing and the rough brushwork. In contrast to Chagall, who was also raised in a Jewish community, and Chagall's nostalgia for his people and hometown, Soutine, possibly because of a persecution complex born of the poverty and oppression of his childhood, was always violent in his expression of the erupting ugliness of the world. His figure paintings anticipate those of Francis Bacon, who depicted "Mankind in the hell of one's own circumstances."

Soutine's deformation of materials until they become the subject themselves were precedents for the Informalist artist, Jean Fautrier.

License:
All rights reserved. Exhibited on USEUM with the permission of the rights owner.
For more:
http://collection.nmwa.go.jp/en/P.1960-0001.html