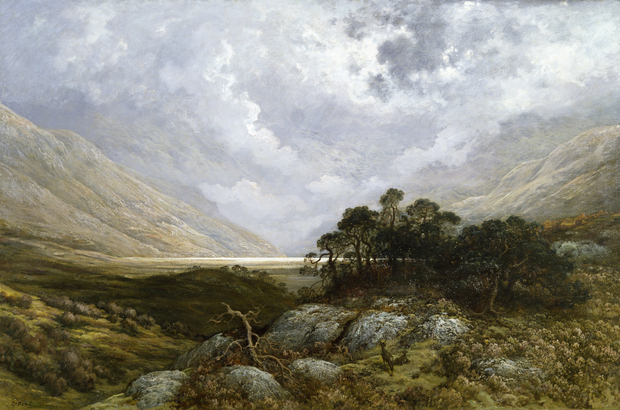 Description:
As a native of Alsace in eastern France and lacking the formal training provided in Paris, Doré began his career as an illustrator and remained outside the mainstream of French painting. His dramatic landscapes, with their grand vistas and turbulent skies, reflect the Romantic movement that had prevailed in French art a generation earlier. Doré is perhaps best known for his illustrated Bible (1866). This proved to be an important calling card for the artist, enabling him to open the Doré Gallery in New Bond Street, London, where this painting was probably originally exhibited. Doré first visited Scotland on a salmon-fishing expedition in 1873, and he fell in love with the landscape, returning the following year. A series of paintings produced between 1874 and 1881 were based on sketches made on these trips. Rather than depicting landscapes with topographical accuracy, Doré's paintings evoke the romantic ideal of timeless and wild nature. Similar examples can be found in the Saint Louis Art Museum (88.13) and the Toledo Museum of Art (22.108).