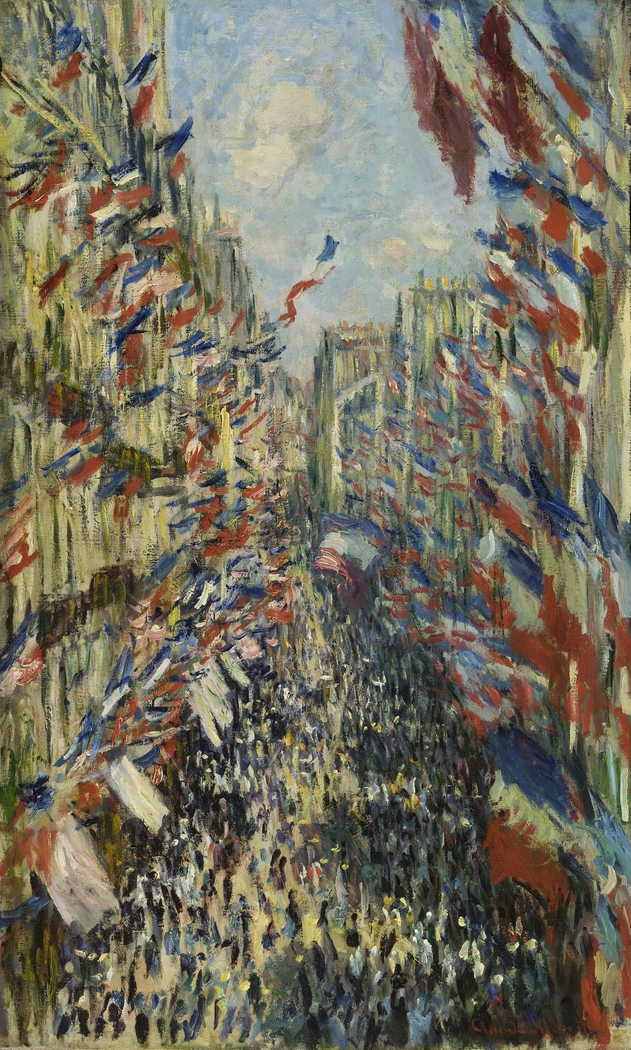 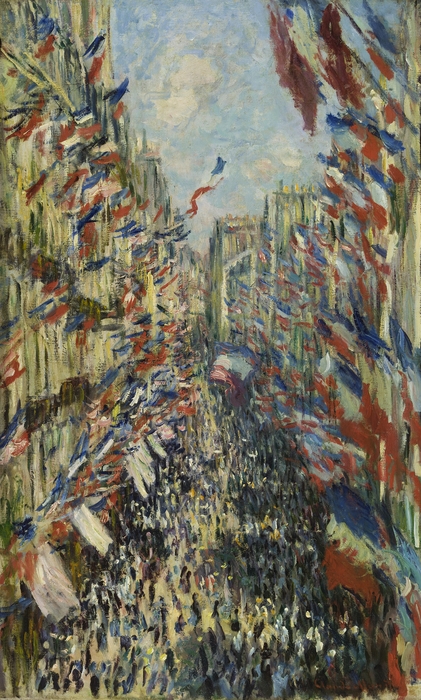 1878
Rue Montorgueil, like its twin the Rue Saint-Denis (Rouen Museum of Fine Arts), is often seen as a celebration of July 14. In fact, it is executed June 30, 1878, on the occasion of the festival celebrating "peace and work", decreed that year by the government. This event is part of celebrations to mark the third Paris World Exhibition, opened for a few weeks, which was considered to be the symbol of the recovery of France after the debacle of 1870. As an expression of national enthusiasm, the 30th of June 1878 is an opportunity to strengthen the republican regime, still fragile few months after the great clashes of 1876-1877 between his supporters and conservatives. Only two years later, in 1880, the 14th of July was established as the day of the French national holiday. This table offers a broad view of an urban environment, with a painter who does not mix with the crowd but observes from a window. The three colours Monet vibrates are those of modern France. [Translated from source by Argyro Moulavasili]