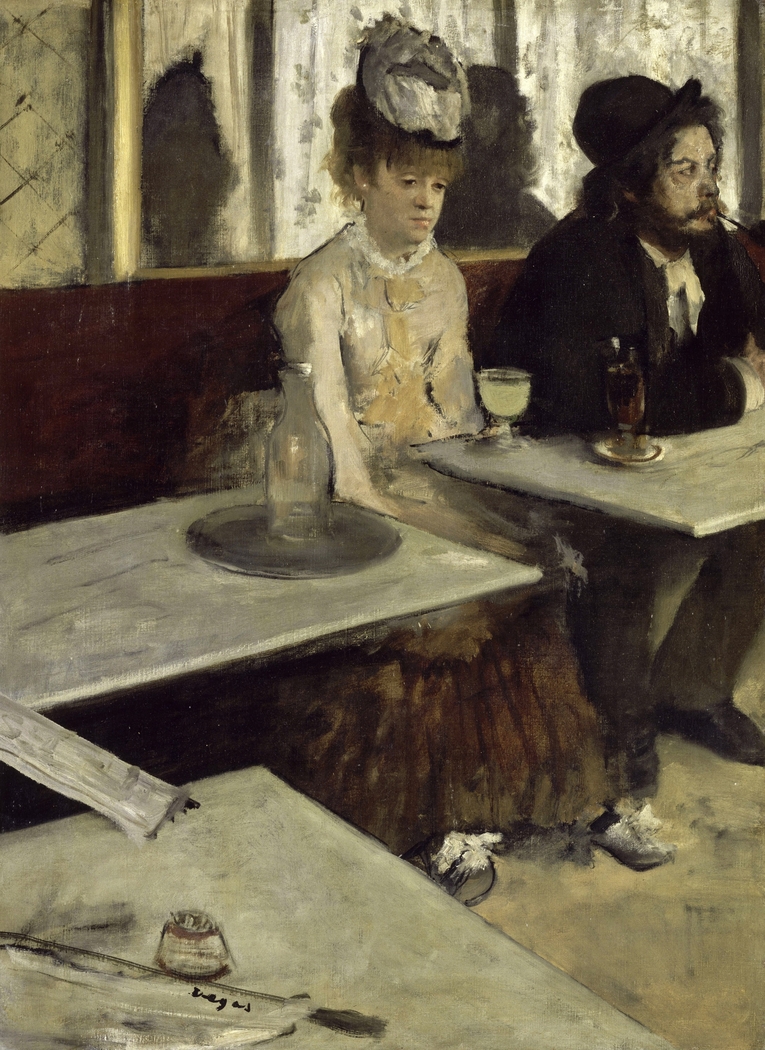 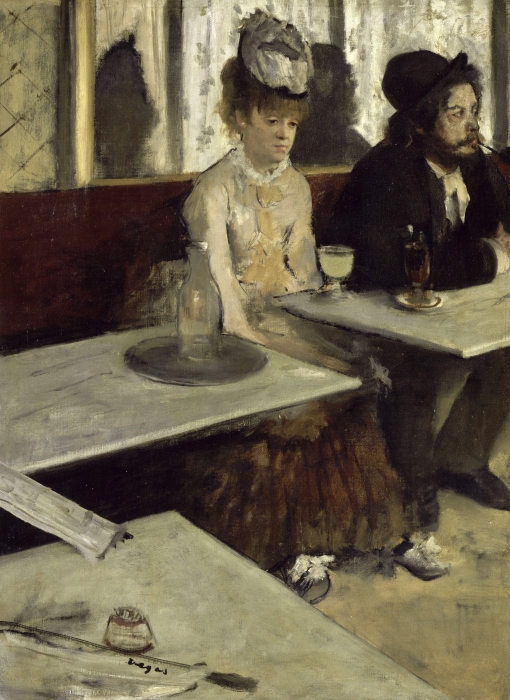 L'absinthe or In a Café

L’Absinthe remains one of Degas’s most celebrated works. It achieved a huge notoriety when it was exhibited in London in 1893, mainly because of the storm of controversy which it provoked in the press.

Unlike his Impressionist friends, Degas was an essentially urban painter, who liked to paint the enclosed spaces of stage shows, leisure activities and pleasure spots.

In a cafe, a fashionable meeting place, a man and a woman, although sitting side-by-side, are locked in silent isolation, their eyes empty and sad, with drooping features and a general air of desolation. The painting can be seen as a denunciation of the dangers of absinthe, a violent, harmful liquor which was later prohibited. Read more...

License:
This image may be subject to copyright.
For more:
http://www.musee-orsay.fr/en/collections/works-in-focus/sea…