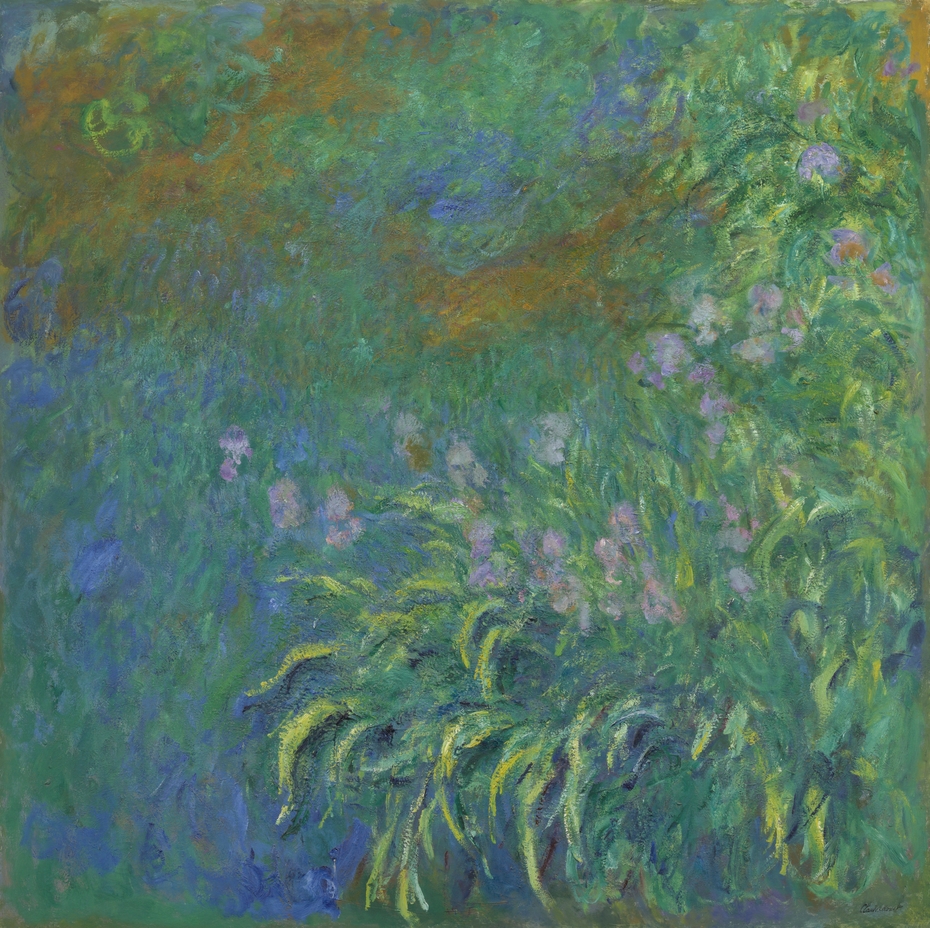 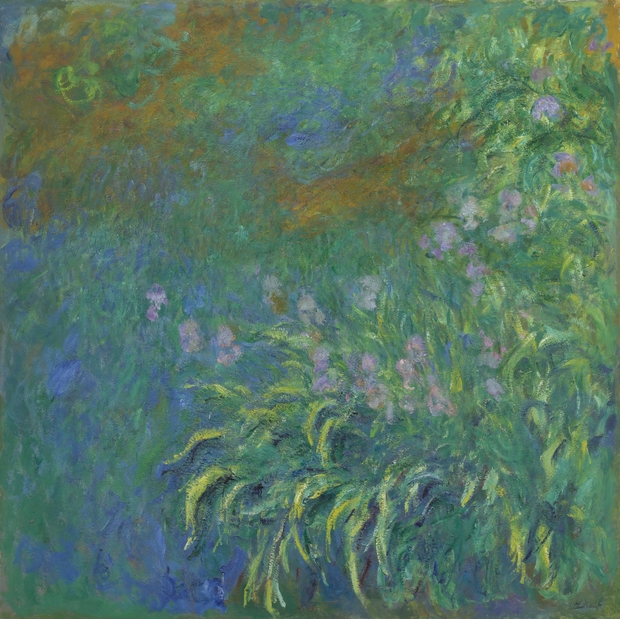 1914 - 1917
Approximately six and a half feet square, Irises is one of a series of large paintings Claude Monet undertook during World War I experimenting with familiar motifs on an ever-expanding scale. Lacking a discernible horizon or clear sense of depth, the viewer is both on top of and submerged in this encrusted and disorienting surface, suggestive of water, on which various vegetal and floral forms float.

Together with other related canvases, this work remained in the artist’s Giverny studio long after his death in 1926 and was only rediscovered in the 1950s, having suffered localized damage by shrapnel from shells during World War II. In 1956 the Art Institute’s pioneering curator of modern art, Katherine Kuh, bought this painting from Katia Granoff’s gallery in Paris. Kuh recognized a formal affinity between Monet’s late experimental painting and the public’s growing interest in large-scale, abstract works like those by Jackson Pollock, whose Greyed Rainbow entered the Art Institute’s collection in 1955. (Source: Art Institute of Chicago)