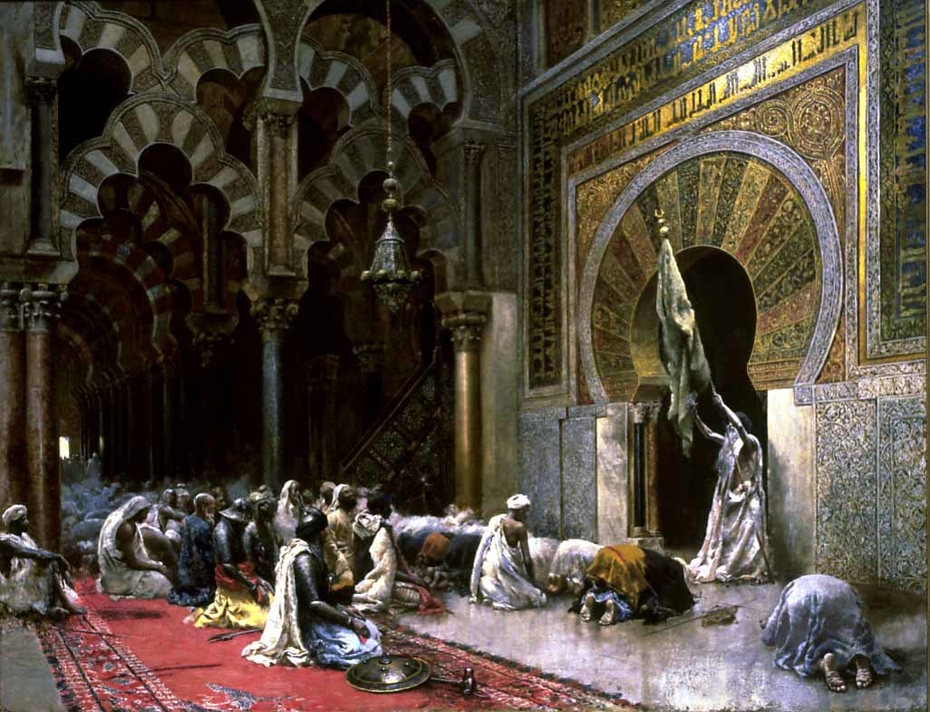 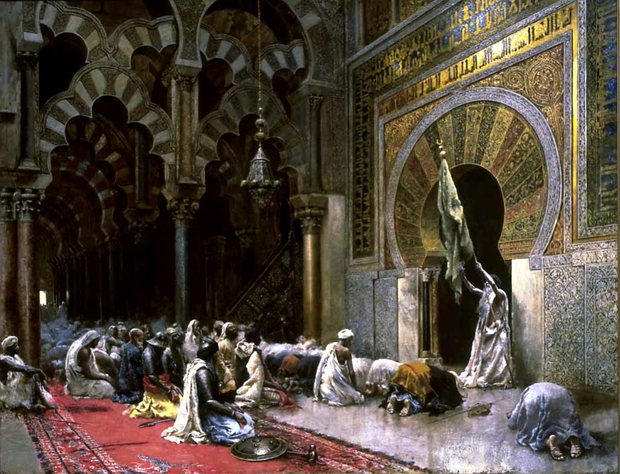 Interior of a Mosque at Cordova

Description:
After studying in Paris with Jean-Léon Gérôme and Léon Bonnat, Weeks emerged as one of America's major painters of orientalist subjects. He was an inveterate traveler and journeyed to South America (1869), Egypt and Persia (1870), Morocco (frequently between 1872 and 1878), and India (1882-83). This work, set in the 8th-century great mosque of Cordova in Spain, may have been begun in 1880 while Weeks was staying in that city. In Weeks' estate sale catalogue, the scene was described as follows: Preaching the holy war against the Christians, the old Moor holds aloft the green flag of Mohammed while he curses the "dogs of Christians" with true religious fervor, and calls upon Mohammed to drive them out of Spain. Despite the painting's illusion of reality, such a jihad, or holy war, would never have been called for in a mosque.