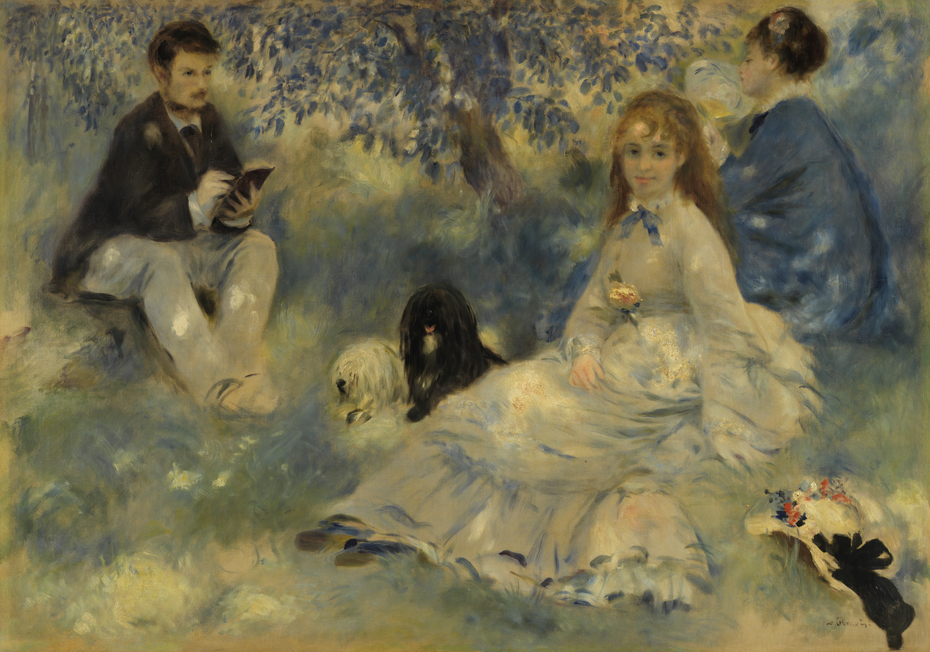 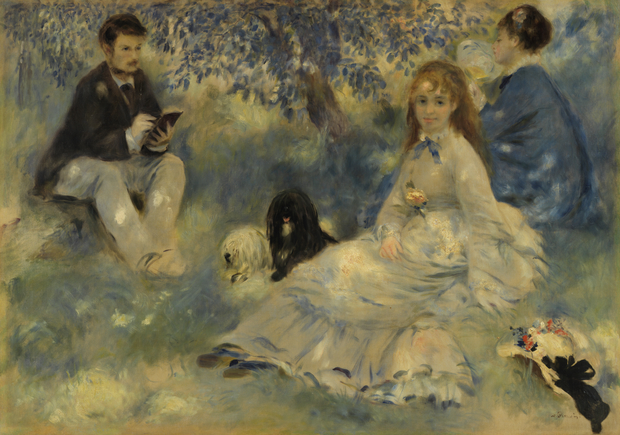 1875
Daytrips to the countryside around Paris became a popular form of leisure during the late 19th century. Renoir alludes to this kind of activity here, presenting three well-dressed figures relaxing near a tree. The woman in the foreground is Henriette Henriot, one of Renoir's favorite models during the 1870s. At left is the artist's brother, Edmond Renoir. As with so many of Renoir's canvases from the impressionist period, the handling of paint is bold and experimental, with thinly painted passages interrupted by jarring splotches of impasto.

Size:
115.6 x 164.1 cm
Medium:
Oil on canvas
License:
All rights reserved. Exhibited on USEUM with the permission of the rights owner.
For more:
https://collection.barnesfoundation.org/objects/6940/Henrio…