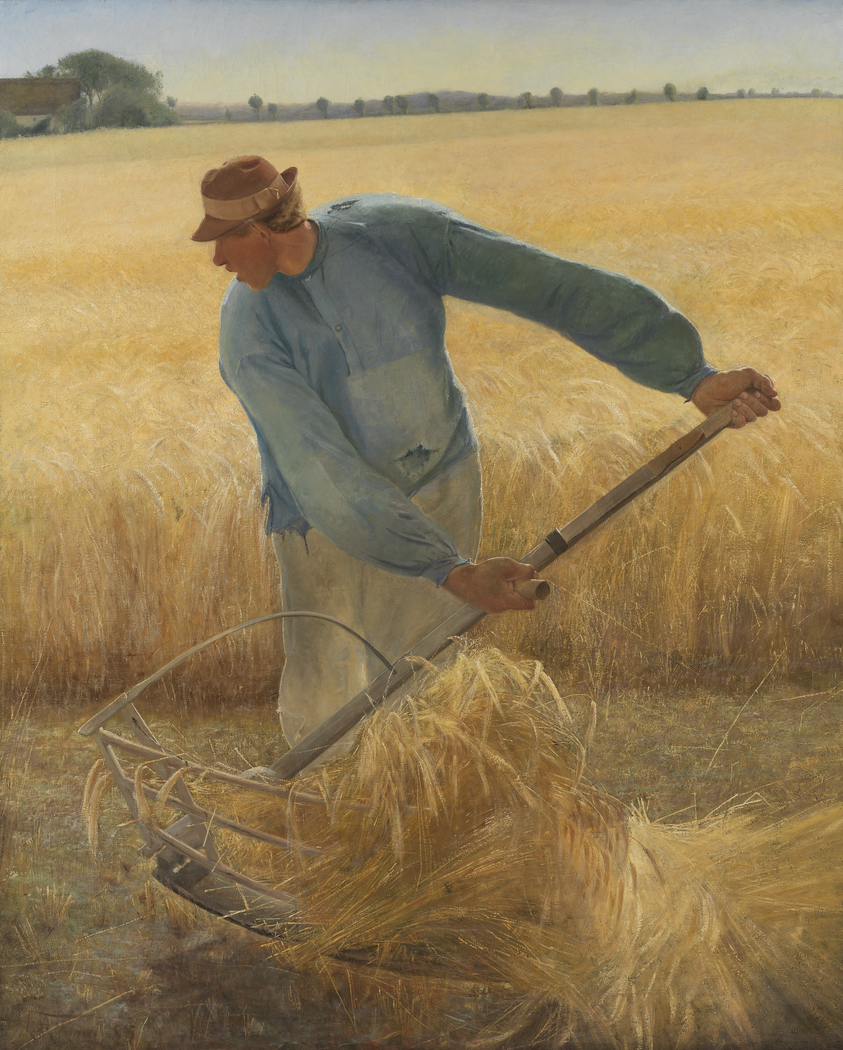 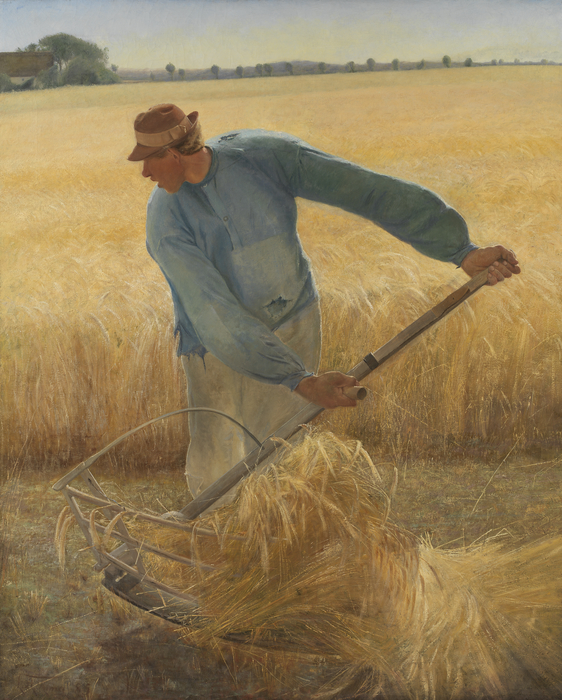 1885
The labourer is the brother of L.A. Ring, Ole Peter Andersen, and the picture was painted at his farm in Tehusene at Fakse on South Zealand.

The depiction of everyday situations
Many of Ring?s works depict common people in everyday situations, often scenes from those Zealand village communities that he was so closely linked to through his childhood and subsequent homes in adulthood.

Ring's political awareness and atheistic outlook
Ring’s approach to the scene is stamped by his political awareness and atheistic outlook, developed under the influence of the writings of Georg Brandes (1842-1927), Henrik Pontoppidan (1857-1943) and J.P. Jacobsen (1847-1885). A visual precursor was the French painter Jean-François Millet?s (1814-1875) much admired renditions of hard, frugal rural life.

A monumental portrait of the agricultural labourer
It is a monumental portrait - not of the brother, whose face is virtually hidden, but of the agricultural labourer as a type, as a powerful bearer of Ring?s hopes of revolution. It is also, however, a picture of the Reaper mowing down the cornfields, thereby presenting an image of man’s position suspended between life - the ripe cornfield - and inevitable death. The extremely high horizon is very typical of Ring’s works. Here it serves to prevent the reaper from reaching up into the sky, keeping him firmly grounded

License:
Courtesy of the National Gallery of Denmark
For more:
http://www.smk.dk/en/explore-the-art/highlights/laurits-and…