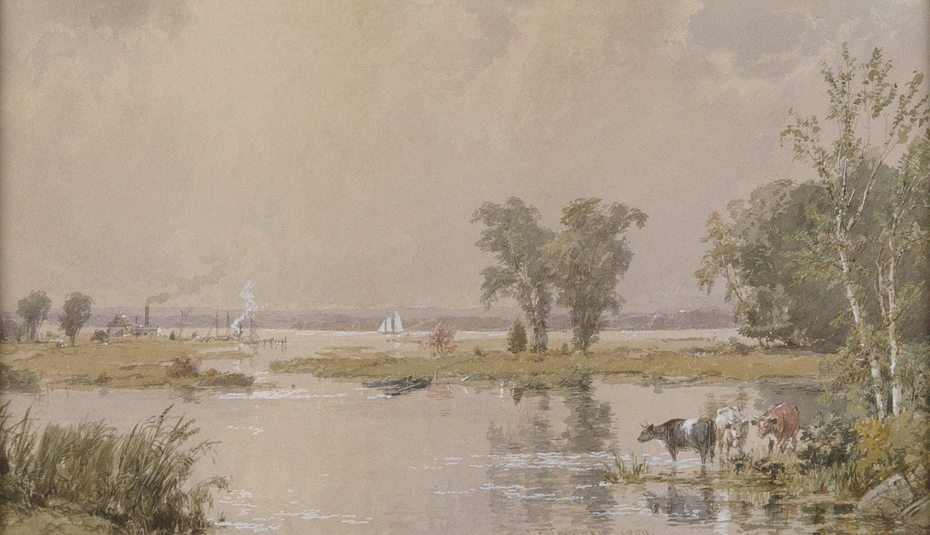 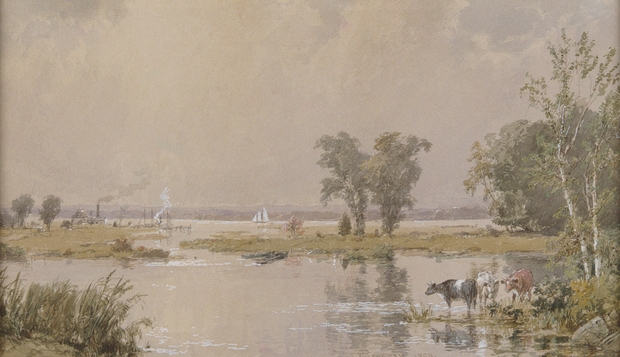 1890
Cropsey was one of only a few Hudson River School artists who painted landscape in watercolor. Although he began to work in the medium as early as 1855, the artist did not paint watercolor landscapes in earnest until the 1880s. One of Cropsey’s favorite subjects, the Hackensack meadows were located within a half-day’s journey of his home in Hasting-on-Hudson, New York. The artist’s point of view in this picture is probably in or near Little Ferry, New Jersey, on the edge of an inlet of the Hackensack River, seen in the middle distance. Today the marshes are usually referred to as the Meadowlands and are the site of landfills, highways, sports arenas, and shopping malls. In the nineteenth century, the spacious wetlands were punctuated by hay and grain farms, pasture, and small brick manufactories such as the one depicted on the river’s edge. (Source: The Metropolitan Museum of Art)

License:
Courtesy of The Metropolitan Museum of Art
For more:
https://www.metmuseum.org/art/collection/search/14426