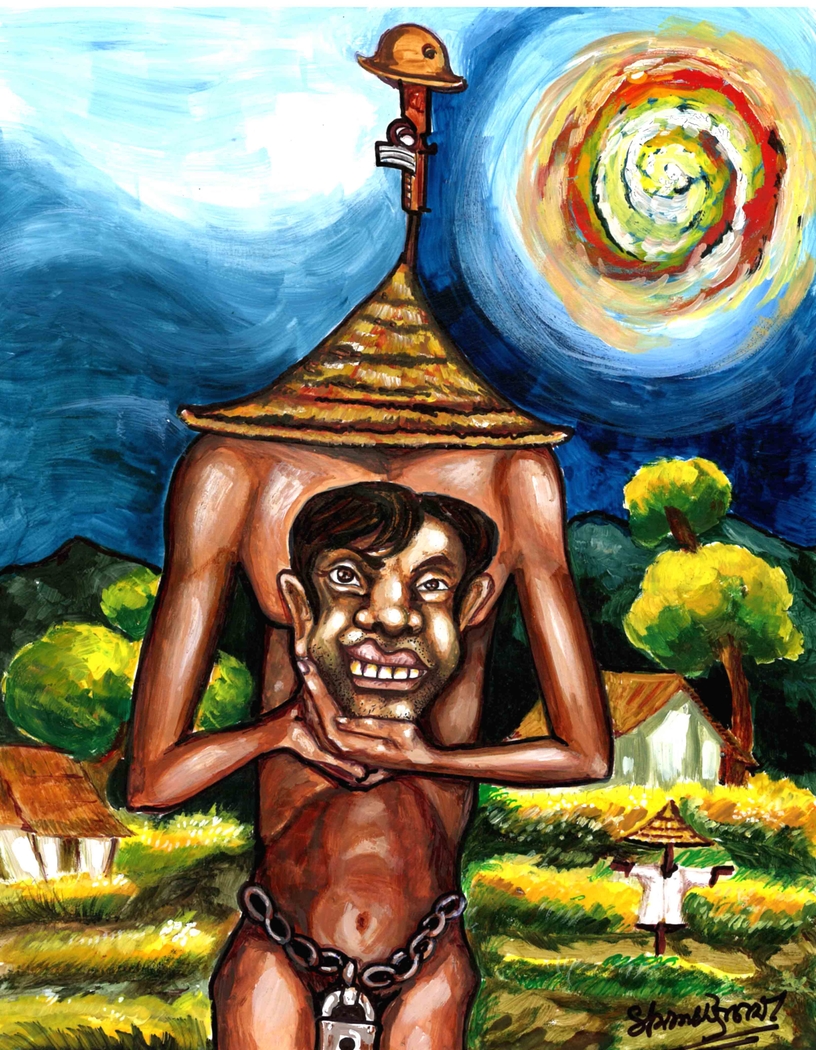 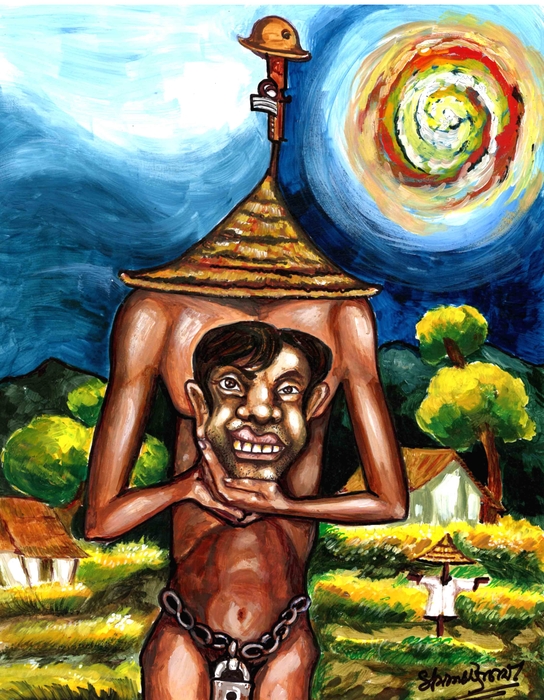 2017
Hay-Man is the artwork in relation of modern Indian Society infact a reflection . Till 70 years Courageous Indian Soldiers has been treated like the Hay- Man in the borders. Same as hungry farmers also also been as an Hay –Man to protect his or her farms after Bursting the bullets of ‘ Gaddar’ and Pakistanis. The Soldiers and Farmers doing work like a Hay –Man as to rescue their forms and Nation.
Jai Hind ….. Vande Mataram…….. Dhiman Bhattacharjee