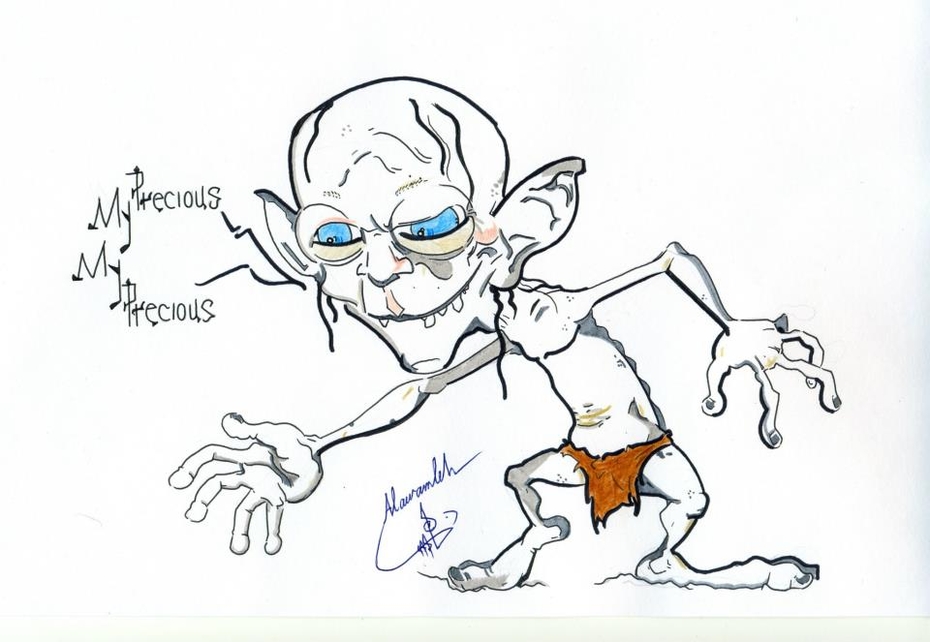 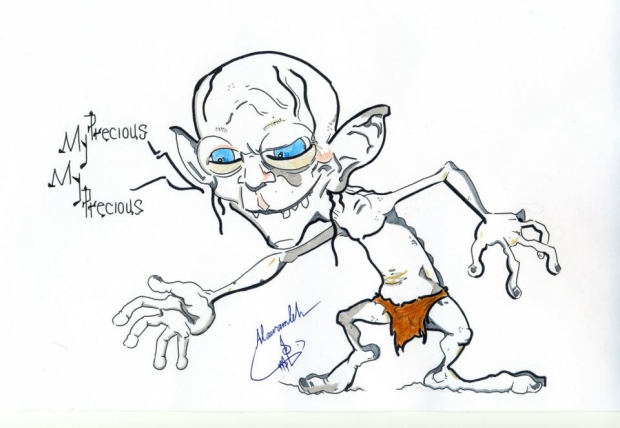 2012
GOLLUM
was a Stoor Hobbit of the River-folk, who lived near the Gladden Fields. Originally known as Sméagol, he was later named Gollum after his habit of making "a horrible swallowing noise in his throat". Gollum was once a hobbit who became corrupted by the One Ring. His life was extended far beyond its natural limits by the effects of possessing the Ring, which he frequently referred to as "my precious" and "my birthday present". After having it stolen by Bilbo Baggins, Gollum slavishly pursued it for the rest of his life.

License:
All rights reserved. Exhibited on USEUM with the permission of the rights owner.
For more:
https://www.facebook.com/AwA.Artist/photos_stream