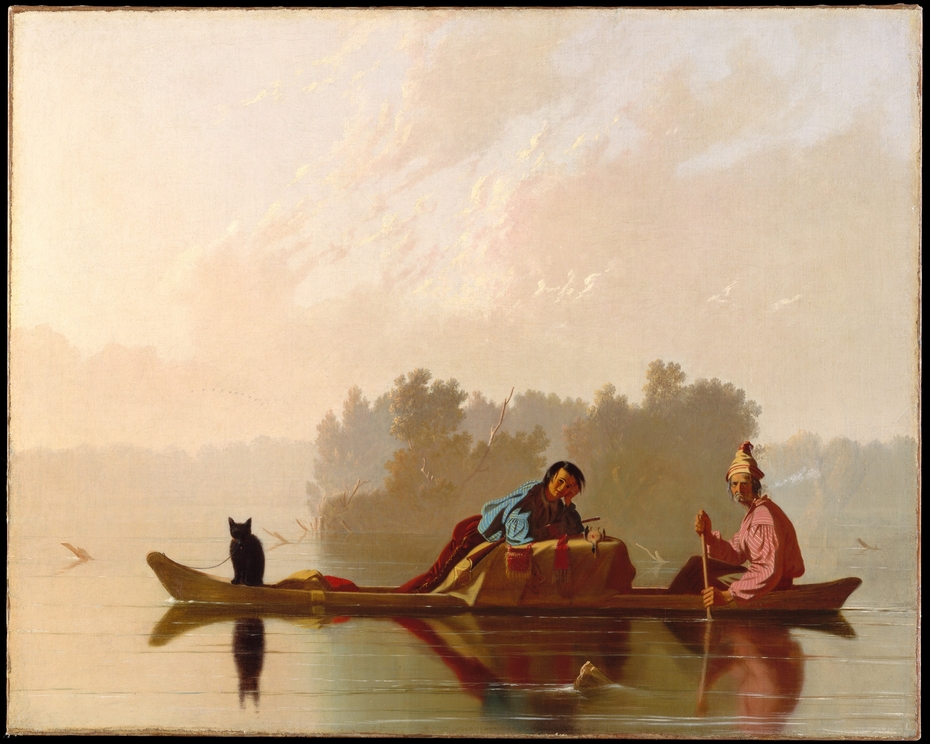 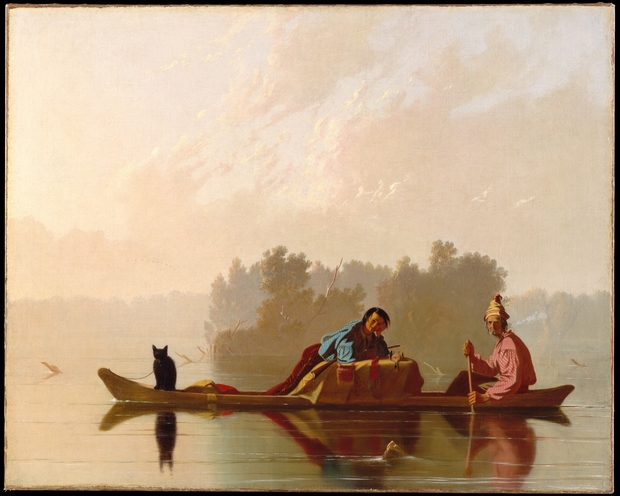 1845
On June 4, 1845, Bingham returned from a winter stay in central Missouri to St. Louis, bringing with him several paintings and many sketches. This apparently was one of the pictures that he brought with him, and he sent it later that year for sale to the American Art-Union. It was first called "French Trader & Half breed Son," but the Art-Union gave it the title by which it is now known. Bingham, whose earliest efforts were portraits, produced a masterpiece of genre painting with little precedent in his oeuvre. The strikingly spare, geometric composition and luminist light recall the paintings of William Sidney Mount, particularly his "Eel Spearing at Setauket" (New York State Historical Association, Cooperstown). The solemn, motionless scene immortalizes the vanished world of the American frontier, constructed for a northeastern audience. The tranquil work was submitted to the Art-Union as a possible companion to the more implicitly violent "The Concealed Enemy" (Stark Museum of Art, Orange, Texas), in which an armed Osage warrior lies in wait behind a boulder. The polar opposition of quietude, savagery, and frontier danger embodied in the paintings held enormous appeal for urban viewers. Bingham painted a similar, though less extraordinary, picture called "The Trapper's Return" (Detroit Institute of Arts) in New York in 1851. (Source: The Metropolitan Museum of Art)