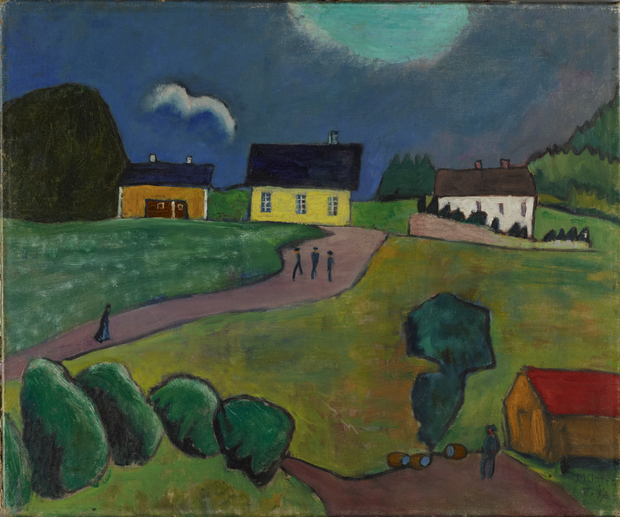 1917
From Norway (Tjellebotten) recalls children’s drawings and is less bold than Münter’s earlier, expressionistic creations. For some years in the 1920s, Münter ceased painting altogether. Her new companion, the art historian Johannes Eichner, encouraged her to paint, however, and, late in that decade, she took up the brush again. In the post–World War II years, Münter returned to her house in Murnau and found intact the cache of her own paintings and works by her fellow artists that she had hidden there. The survival of these works seemed miraculous given that the Nazis had considered members of the Blue Rider group to be “degenerate artists” and many of their works were lost.