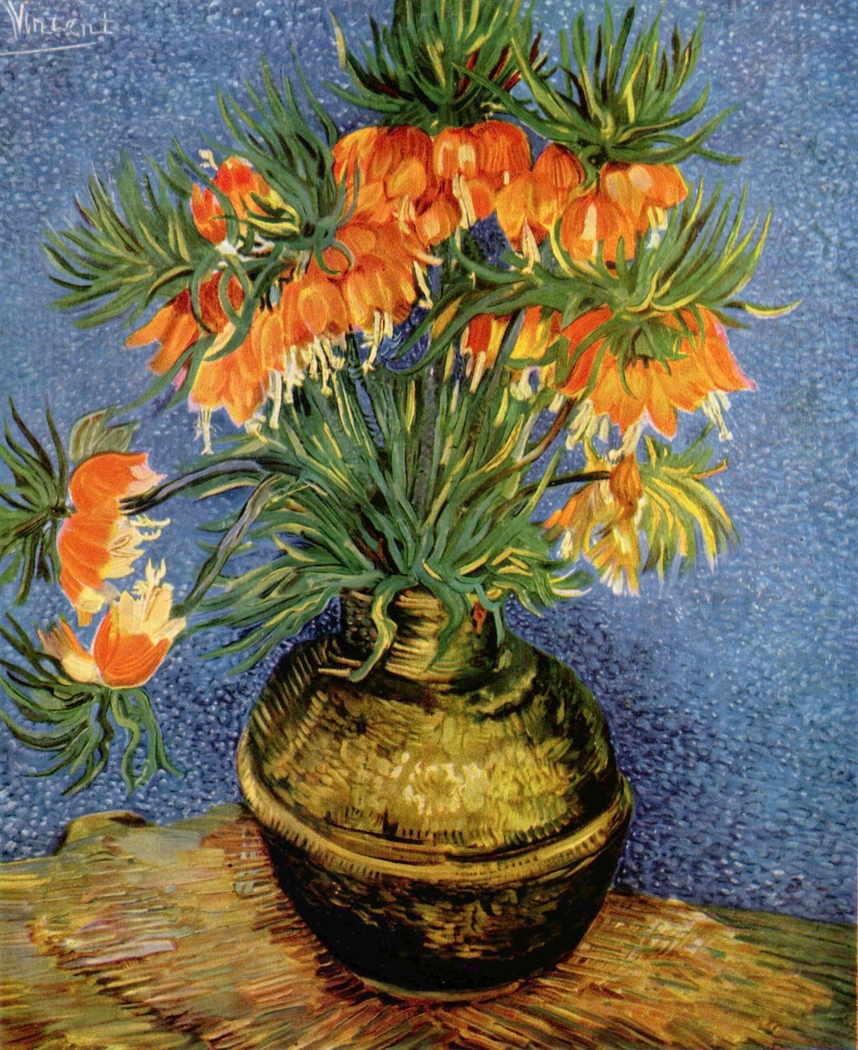 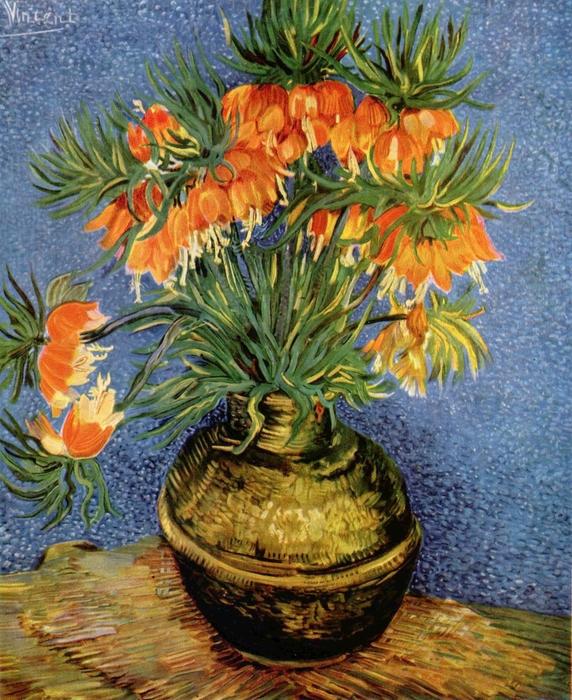 Fritillaires in a Copper Vase

Fritillaries are bulbs which, like tulips, flower in spring. It is therefore easy to work out what time of year Van Gogh painted this picture. The variety which he represents is the imperial fritillary, which was grown in French and Dutch gardens at the end of the 19th century. It has an orange-red flower, with a long stem from which each bulb produces between three and ten flowers. So to compose this bouquet, Vincent used only one or two bulbs, placing the cut flowers in a copper vase.

When he produced this painting, Vincent was living in Paris and was in close contact with Paul Signac. It is not surprising, therefore, to note that Van Gogh applied some of the principles of Neo-Impressionist painting, of which Signac was one of the major figures: pointillist brushwork is used for the background, and a contrast of complementary colours, blue and orange, dominates the painting. However, the influence of these Neo-Impressionist theories remains limited. The separate brushstrokes were only used for a defined surface, the interplay of complementary colours did not limit Van Gogh in his choice of shades in any way, and finally, by choosing a still life, he was moving away from the themes treated by Seurat and his followers.
The painter Emile Bernard would later recall that Vincent was courting ‘La Segatori', the Italian owner of the Tambourin café on the boulevard de Clichy, and used to give her paintings of flowers, "which would last for ever". Thanks to painted bouquets like this one, the Tambourin would soon become a veritable artificial garden.