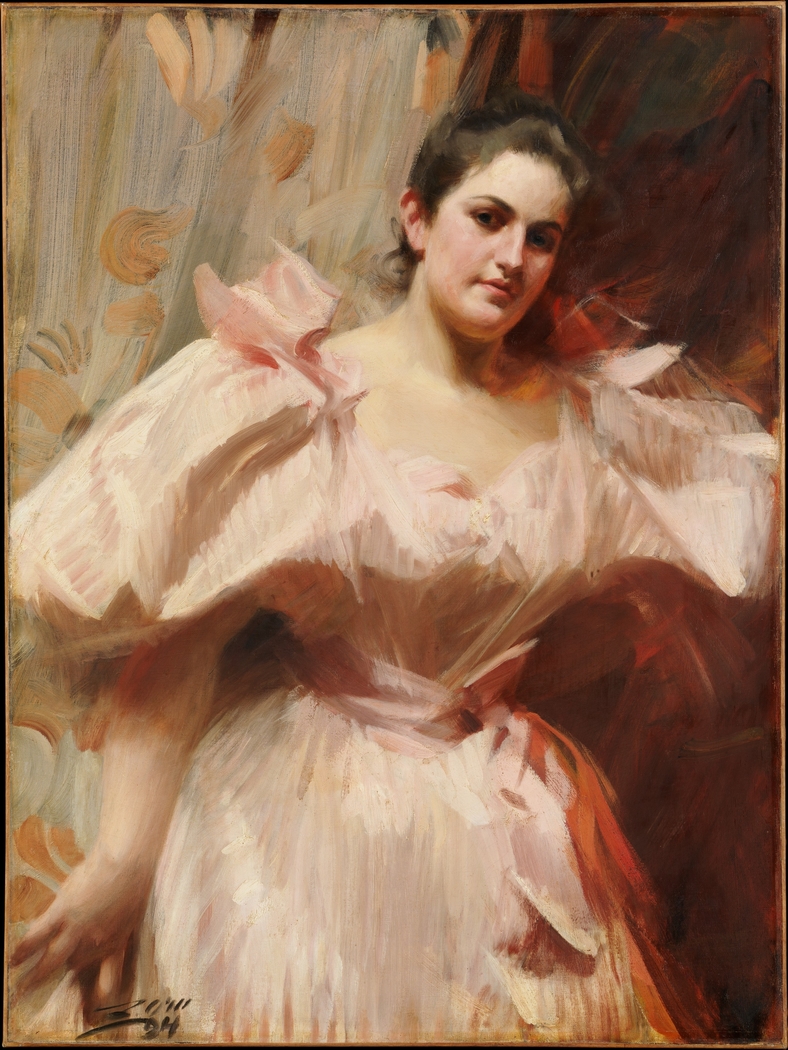 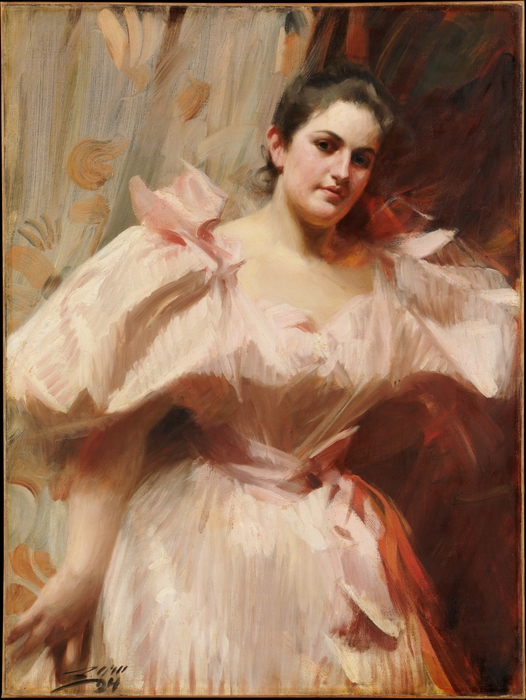 1894
Zorn made his reputation as a portrait painter. Fashionable people of wealth on both sides of the Atlantic vied for sittings, knowing that the result would be a picture less theatrical than a portrait by Boldini but more vivid than one by Sargent. Zorn often gave his portraits a sense of immediacy by depicting the subject as if he or she were just entering the room, thus directly addressing the viewer.

This portrait was painted in 1894 on Zorn's first trip to America. (Source: The Metropolitan Museum of Art)

License:
Courtesy of the Metropolitan Museum of Art
For more:
https://www.metmuseum.org/art/collection/search/437964