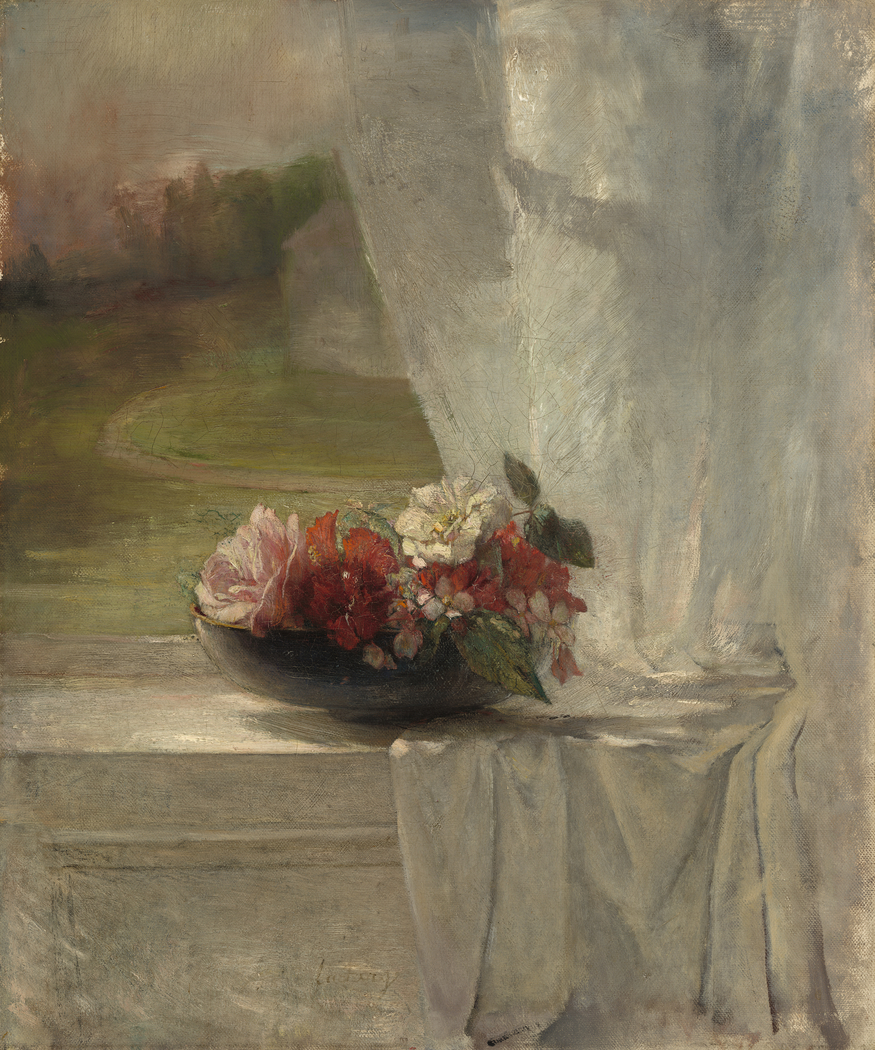 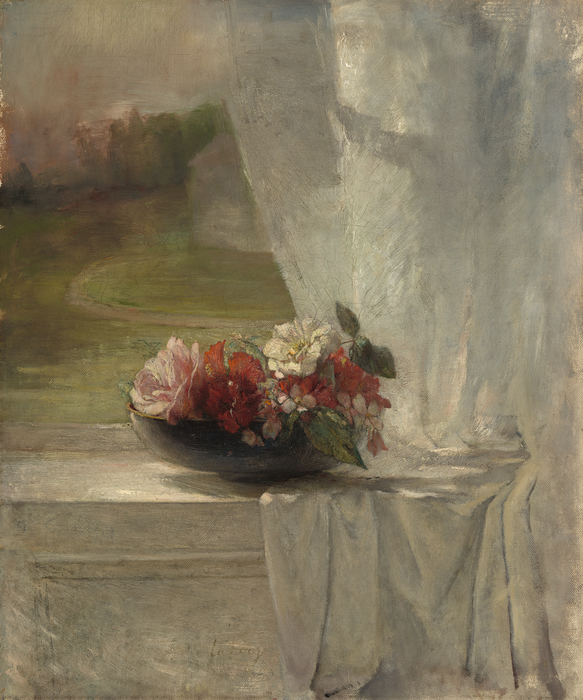 Flowers on a Window Ledge

1861
This charming still life, created just two years after John La Farge took up painting, is primarily a study of color and light. La Farge beautifully renders the effects of sunlight on the white curtain by blending an innovative mix of colors—peach, creamy white, and a light, green-tinged gray—to capture the subtleties of shadow, contour, and light on the fabric. Brushwork, not color or line, distinguishes the curtain from the window ledge and background sky, anticipating modernist art styles such as post-impressionism.

Painted within the year of his marriage to Margaret Mason Perry, Flowers on a Window Ledge may also express the artist's romantic sentiments. Such an interpretation was not lost on critics of the time, one of whom wrote that La Farge's flowers were "burning with love, beauty, and sympathy . . . their language is of the heart, and they talk to us of human love." The setting proves meaningful as well, as the canvas was painted from the window of Hessian House, a Rhode Island inn where La Farge and his wife stayed during the early years of their marriage. Moreover, the white curtain fabric visually evokes a bridal gown; the bowl of pink and red flowers, a bouquet; and the interior setting, the domesticity of marriage.

After a serious illness and a period of financial stress in 1866, the artist stopped producing still-life paintings. When he resumed working, he turned to mural painting and decorative stained glass, considered more conventional artistic practices at the time.