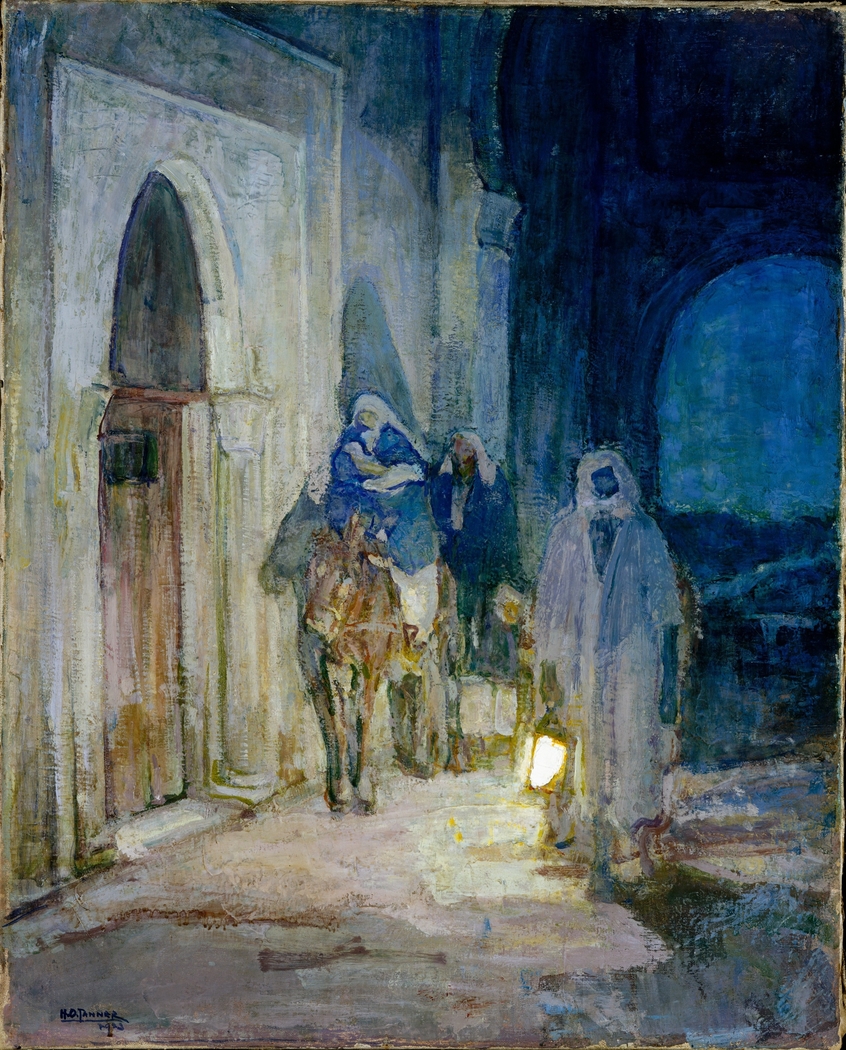 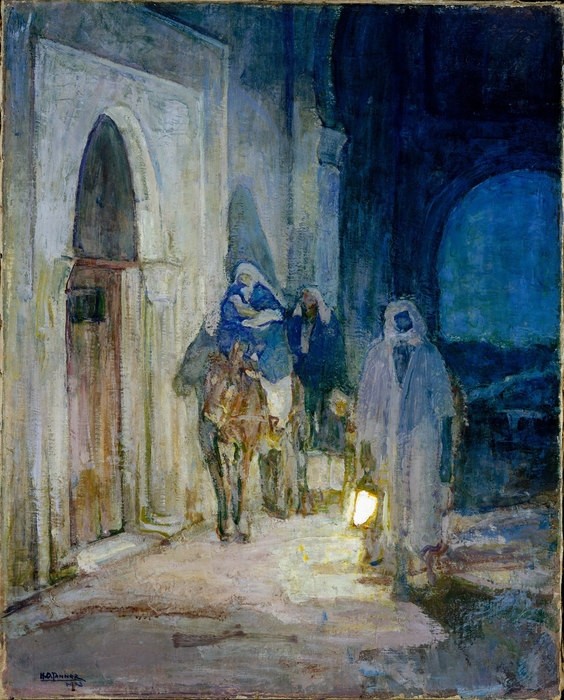 1923
Tanner's eloquent "Flight into Egypt" is a canonical mature work by the increasingly esteemed American artist, who studied in Paris and resided in France. In the mid-1890s Tanner decided to concentrate on biblical themes familiar from his childhood in a household headed by a leader of the African Methodist Church. Tanner developed an increasingly painterly, highly personal style based on empirical observation and inner vision. "Tanner blues," complex layers of glazes, and flat decorative surfaces are keynotes of many of his late canvases.

"Flight into Egypt" depicts the Holy Family's clandestine evasion of King Herod's assassins (Matthew 2:12–14), Tanner's favorite biblical story. It expresses his sensitivity to issues of personal freedom, escape from persecution, and migrations of African-Americans from the South to the North. The painting, which reveals a concern for human emotions and an awareness of the mystical meanings of biblical narratives, also manifests Tanner's affliliation with contemporary Symbolism and the religious revival that occurred in response to challenges of the modern era.

On the back of this canvas is a study for the prizewinning work Tanner entitled "Christ at the Home of Lazarus," painted about 1912 and now known only from photographs. (Source: The Metropolitan Museum of Art)