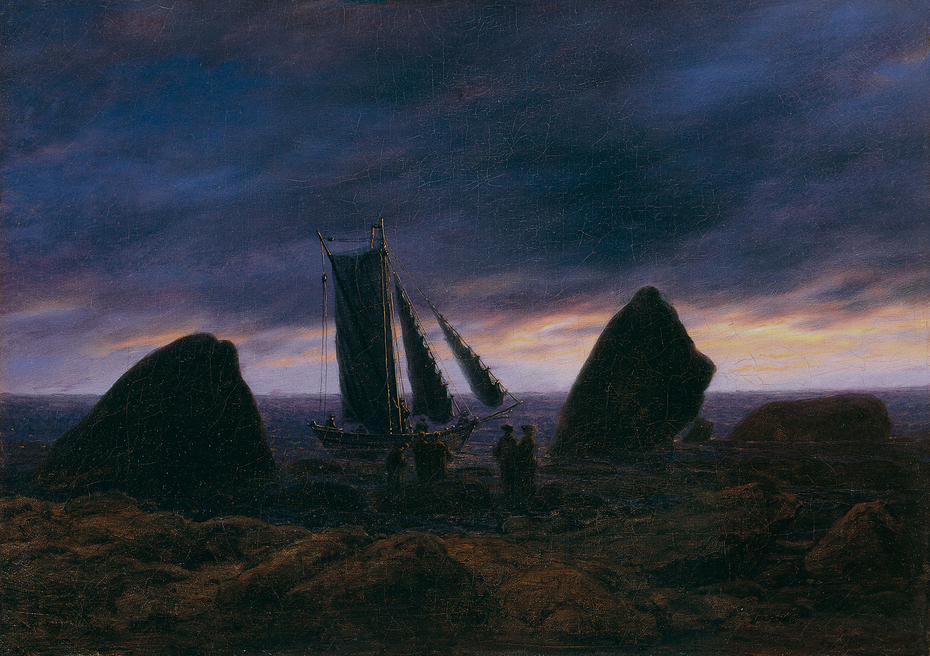 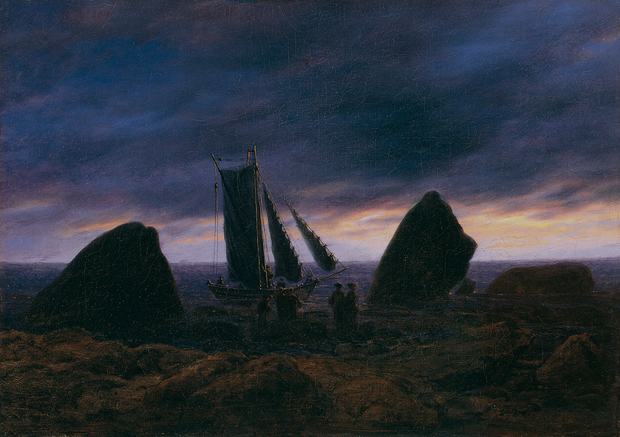 1830 - 1835
This painting was discovered by Carl von Lorck in 1941 in the palace of Basedow in Mecklenburg along with other paintings by Friedrich. Two years after publishing the news of his discovery, Von Lorck discovered two more works by Friedrich in the same building. He deduced that they had been acquired directly from the artist by the owner of the palace at the time, Count Friedrich von Hahn (1804-1859). Also in the same collection were works by other Romantic painters such as Koch, Catel, Dahl and Blechen.
[Thyssen-Bornemisza Museum]