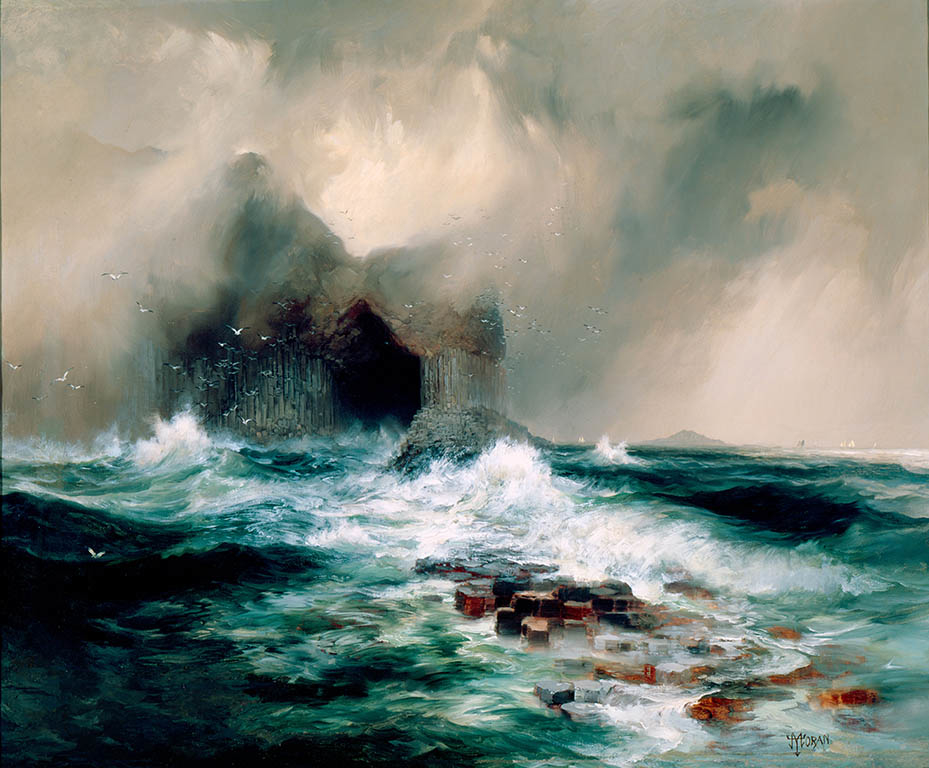 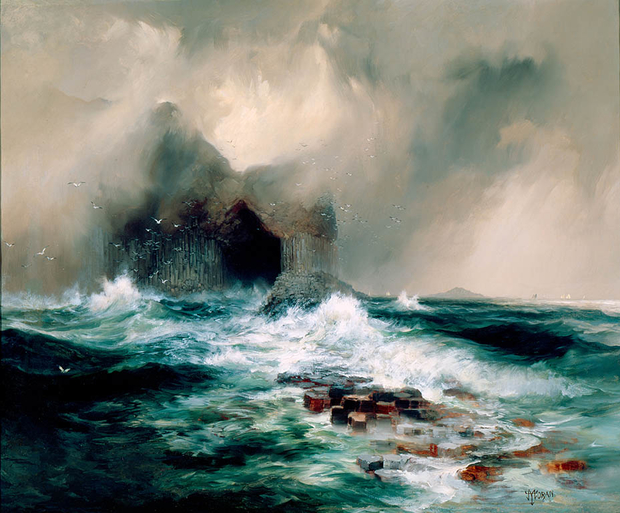 1884 - 1885
The air of brooding and mystery that surrounds Fingal’s Cave, located on a remote island off the western coast of Scotland, inspired works by several nineteenth-century artists. Thomas Moran, who was better known for his monumental portrayals of the American West, sketched this depiction of the legendary cove while on a cruise to the Hebrides Islands and finished it three years later in his studio on Long Island.