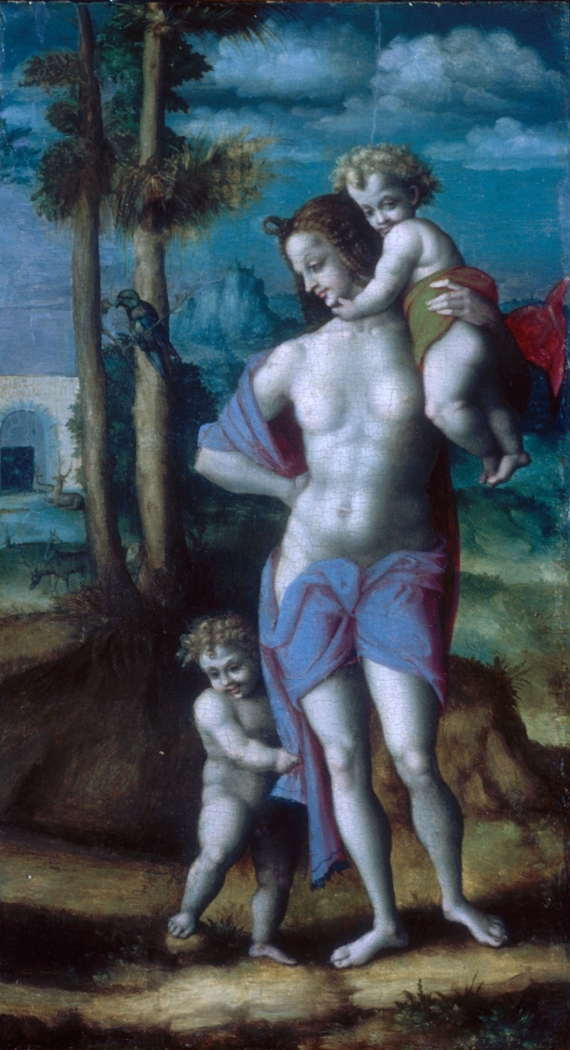 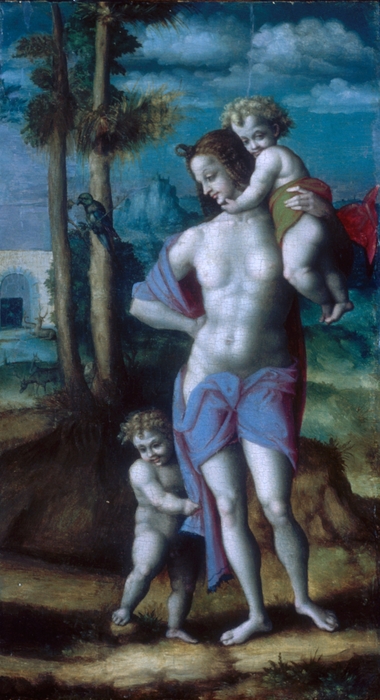 Eve with Cain and Abel

1520 - 1530
The picture, which dates from the 1520s, has been cut down at the left and originally included a seated figure of Adam. The whole composition is known from another version painted by Bachiacca in the Philadelphia Museum of Art. A pupil of Perugino and a friend of Andrea del Sarto, Bachiacca excelled in small-scale works, frequently adapting the compositions of his greater colleagues. The standing figure of Eve derives from Perugino's Apollo and Marsyas (Louvre, Paris).

The figures are well preserved, but the extreme left side of the picture has been damaged and repainted. (Source: The Metropolitan Museum of Art)

License:
Courtesy of The Metropolitan Museum of Art
For more:
https://www.metmuseum.org/art/collection/search/435593