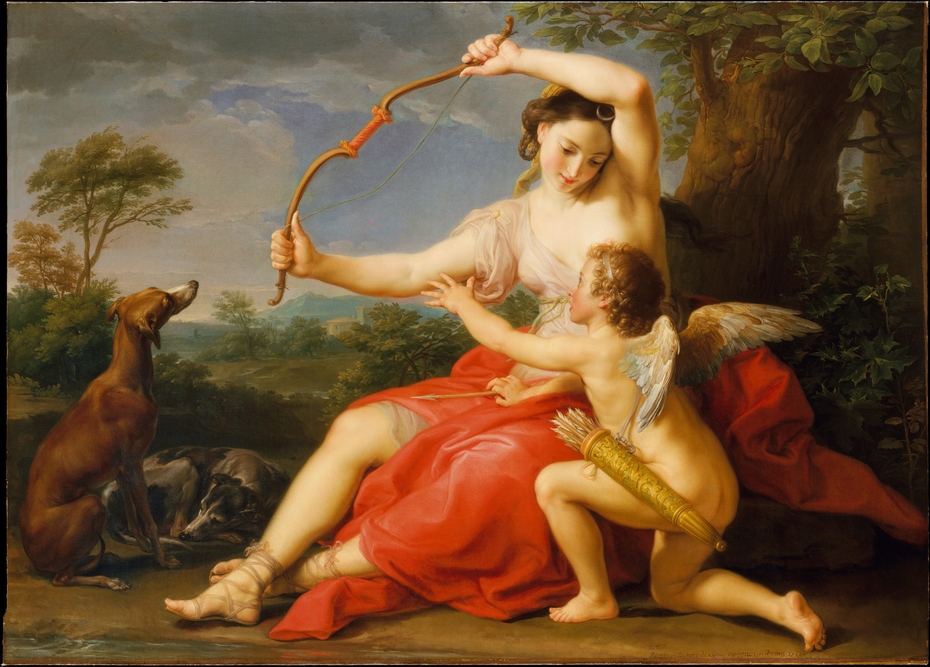 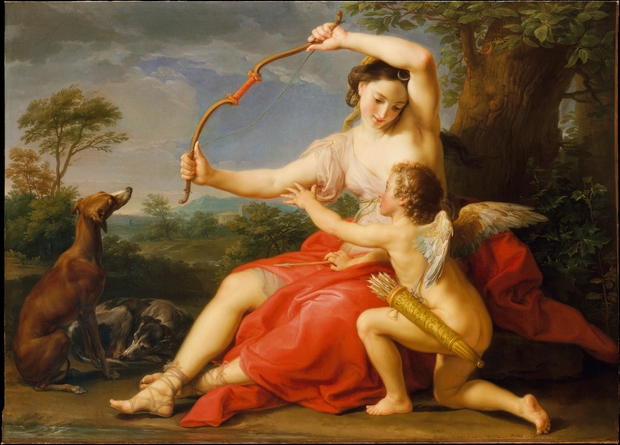 1761
The picture was painted for Sir Humphrey Morice (1723–1785), son of a wealthy merchant and director of the Bank of England. Morice was a great animal lover and commissioned from Batoni a portrait of himself reclining in the Roman countryside after the hunt as a pendant to this picture, which shows the goddess of the hunt withholding the bow from Cupid. The picture was considered the finest Batoni had ever painted. The figure of Diana is based on the celebrated ancient statue of the sleeping Ariadne in the Vatican, which Batoni has invested with extraordinary warmth and feeling. (Source: The Metropolitan Museum of Art)

License:
Courtesy of The Metropolitan Museum of Art
For more:
https://www.metmuseum.org/art/collection/search/435622