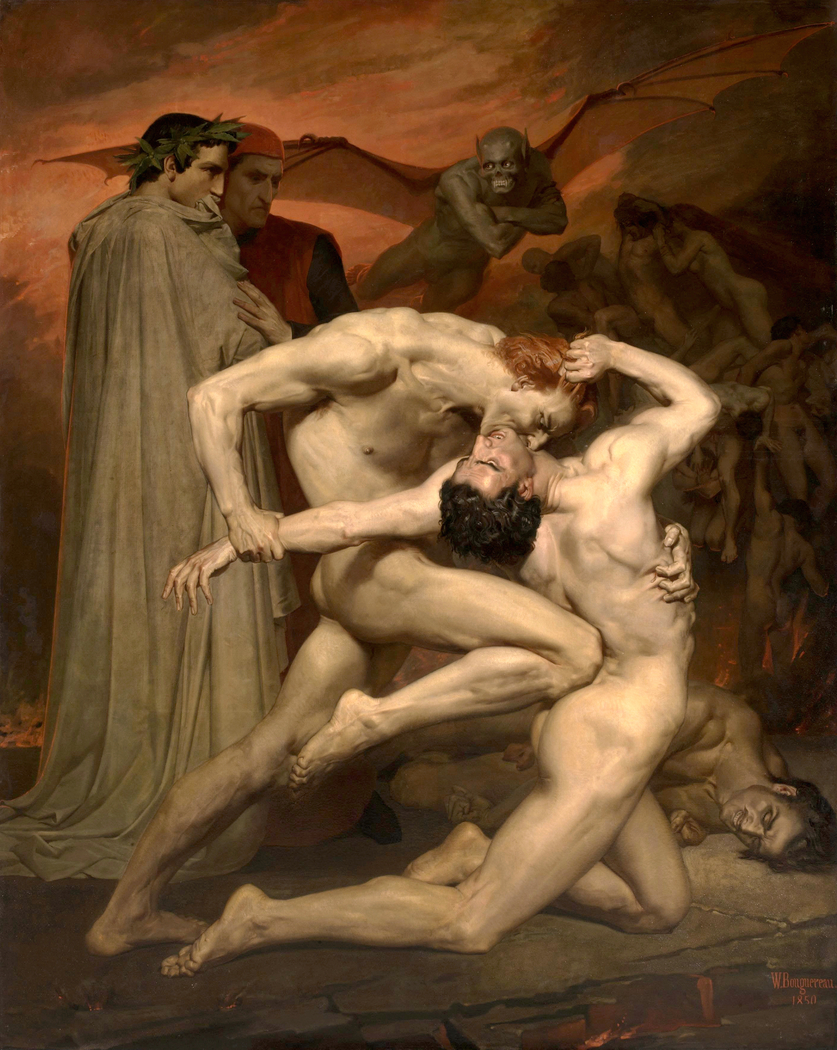 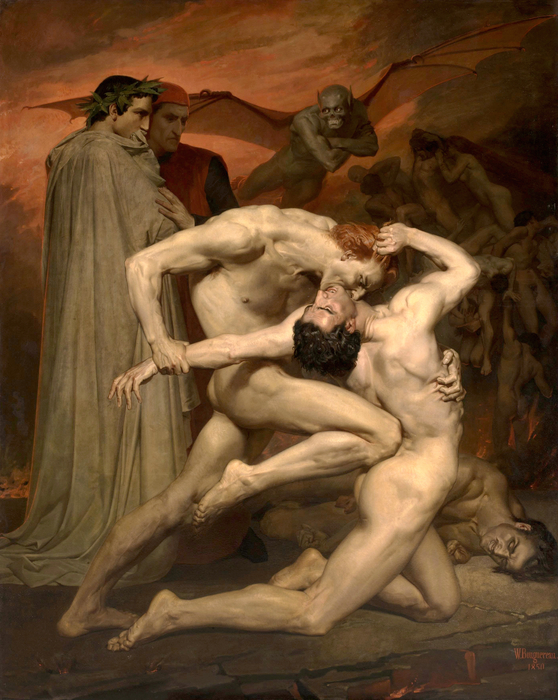 Dante and Virgil In Hell

Having failed on two occasions to win the Prix de Rome (1848 and 1849), Bouguereau was hungry for revenge. His early submissions to the Salon reveal this fierce desire to succeed. After his ambitious Equality before Death (1849), the young man aimed to create an impression once again. He put forward an even larger painting inspired by Dante whose work was much loved by the Romantics and who captured all its dramatic beauty. This painting was inspired by a short scene from the Inferno, set in the eighth circle of Hell (the circle for falsifiers and counterfeiters), where Dante, accompanied by Virgil, watches a fight between two damned souls: Capocchio, a heretic and alchemist is attacked and bitten on the neck by Gianni Schicchi who had usurped the identity of a dead man in order to fraudulently claim his inheritance.

The critic and poet Théophile Gautier was very complimentary: "Gianni Schicchi throws himself at Capocchio, his rival, with a strange fury, and Monsieur Bouguereau depicts magnificently through muscles, nerves, tendons and teeth, the struggle between the two combatants. There is bitterness and strength in this canvas – strength, a rare quality!” In fact, Bouguereau here shows great boldness. He is exploring the aesthetic boundaries: exaggerating the muscle structure to the point of distorting it, exaggerating the poses, contrasting colour and shadows, depicting monstrous figures and groups of damned souls. We are particularly reminded of the sublime visions of Romantic artists like Blake (1757-1827), Füssli (1741-1825), and Lawrence (1769-1830). Everything in this painting underlines the feeling of terribilita and horror: a theme to which Bouguereau would never again return.