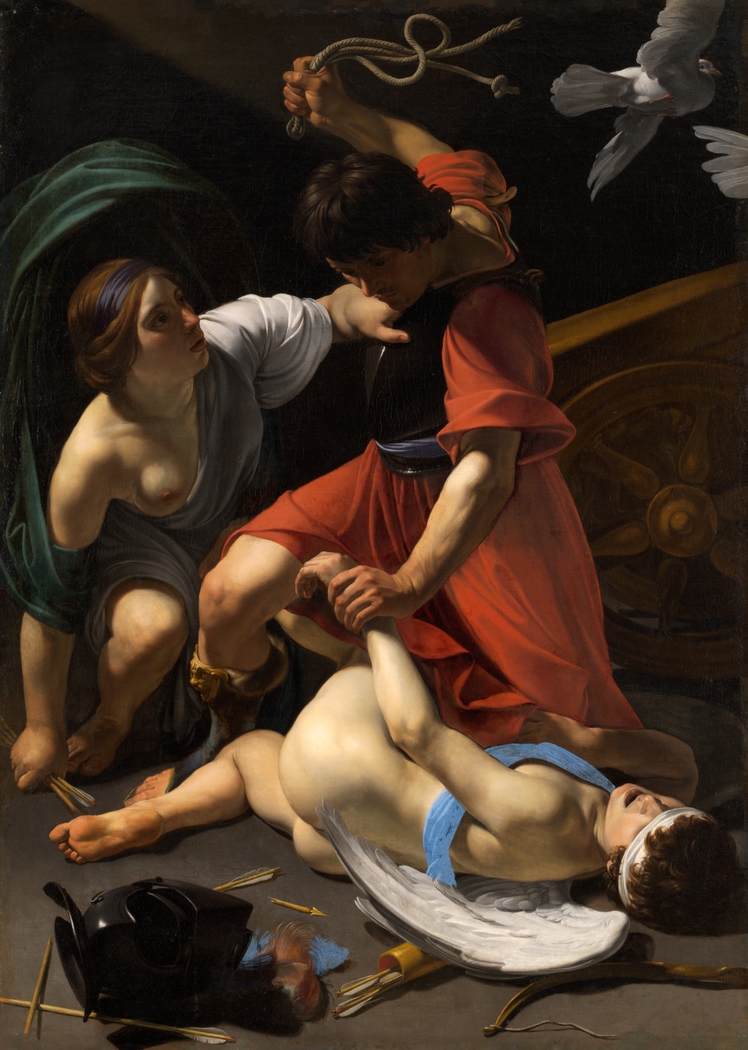 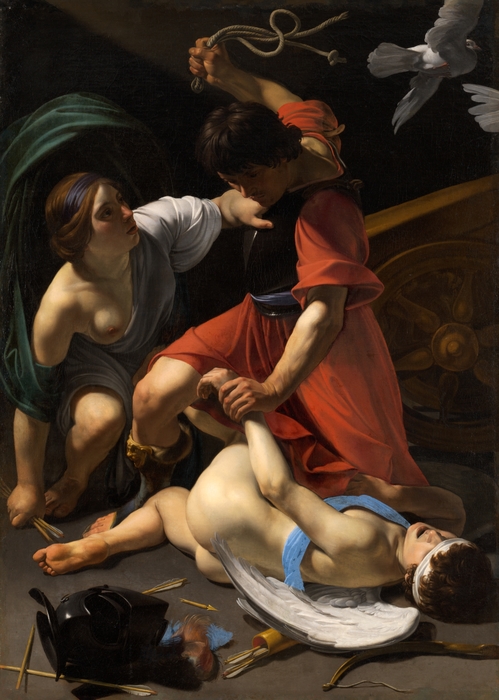 1613
Following the example of the revolutionary early seventeenth-century artist Michelangelo Merisi da Caravaggio, Bartolomeo Manfredi chose to depict ordinary individuals in his scenes from the Bible and Greek and Roman mythology. Caravaggio had demonstrated to Manfredi and an entire generation of European artists that such lofty themes could be transformed into events experienced by ordinary people. Employing dramatic lighting and locating the action directly before the viewer, these artists were able to endow their narratives with great immediacy and power.

Cupid Chastised depicts a moment of high drama: Mars, the god of war, beats Cupid for having caused his affair with Venus, the goddess of love, which exposed him to the derision and outrage of the other gods. Venus implores him in vain to desist. Surrounded by darkness, the three figures are boldly illuminated from the left, intensifying the dynamism and impact of the composition. The sheer physicality of the figures — the crouching Venus, whose broadly realized face strays from the classical ideal; the powerful Mars, whose musculature and brilliant red drapery seem to pulsate with fury; and Cupid, whose naked flesh and recumbent position render him particularly vulnerable—conveys the violent discord of the scene. On one level a tale of domestic disturbance, the story also symbolizes the eternal conflict between love and war. (Source: Art Institute of Chicago)